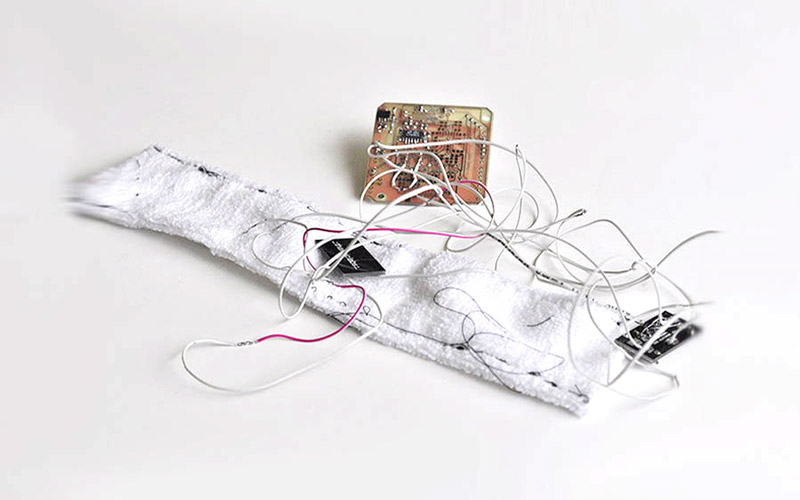 Thalmic Labs recently announced that pre-orders for Myo, its gesture control armband, topped 40,000 units. Developers have already started to receive the wearable, while its consumer launch is scheduled for September.

The Waterloo-based startup has had its share of highlights over the past couple years. The trio of founders — Matthew Bailey, Aaron Grant and Stephen Lake — have successfully raised over $15 million in funding from Intel Capital, Spark Capital and FundersClub.

Myo allows users to preform various tasks by harnessing the kinetic energy and motion stored in your arm, communicating with Bluetooth-based devices like smartphones, tablets, game consoles and more.

This armband is currently designed to attract early adopters and much of its commercial success will probably be found in the second or third iteration of the product. Co-founder Stephen Lake informed us in an interview that, “In the early days it will be application specific. You will put it on to control a presentation or play a game. We are not yet at the point where you are going to be wearing it around all day. At some point in the future we might get there, as more and more applications emerge and we start getting into integration with smart home technology and other connected things around you. It’s not a fitness tracker. It’s not something you need to wear all day. It’s content specific.”

Bailey took to the company blog and wrote up a fine piece of its two-year history. The first development prototype was constructed out medical grade ECG sensors that hooked to computers so they could see the signals. At the time design was not a focus; just making the product work was top of mind. The second prototype brought in additional components that connected the forearm and USB port. What we know as Myo today was initially called Thalmic Control.

“The main difference between this prototype and the previous one was that this was the first device that integrated everything into one unit. All of the amplification was done onboard, it was battery powered, and the data was sent back to the computer over Bluetooth. We now had the mobility aspect down thanks to the Bluetooth connection, but we still needed to make the device more ‘wearable’.”

Thalmic tested various armbands with a desire to create an “electronic sweatband.” The prototype continued and the team came to a “Pod” design where “Each pod contained a sensor and they were all connected together via rubber cords. The larger pod in the middle contains the processing board, and the adjacent pods contained the batteries.”

The final design of the Myo has a futuristic look. It’s one-size-fits-all and weighs 95 grams, has an ARM Cortex-M4 processor and offers haptic feedback. “As you can tell, the journey from cloth and wires to state-of-the-art design was a long one, but well worth it to get to the design we have today,” said Bailey.