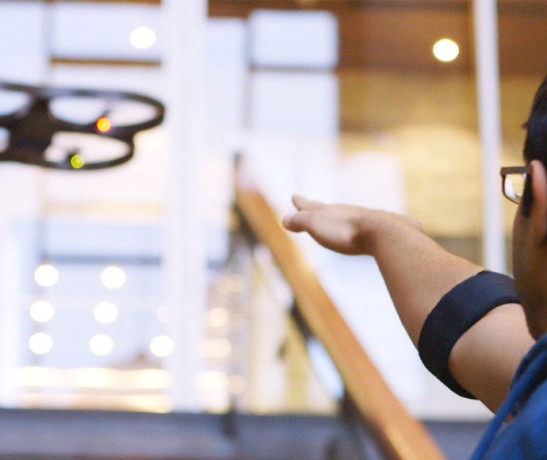 Kitchener-based Thalmic Labs has received global attention for the creation of its gesture controlled armband called Myo. The company was founded by Matthew Bailey, Aaron Grant and Stephen Lake who and are also backed by industry heavyweights such as Intel Capital, Spark Capital, FundersClub and 1st Round and Alexis Ohanian.

Thalmic recently announced pre-orders for the Myo topped 40,000 units and they can add another level of success to its belt as they have claimed the honour of being “Innovator of the Year” at PwC’s Vision to Reality Awards. This award has strict guidelines and is only given to a company who “best demonstrated the commercialization of an innovative technology solution. The innovation must be new, unique and a game changer.”

Eugene Bomba, National Emerging Company Services Leader, PwC, stated, “The recipients of this year’s V2R Awards demonstrate best-in-class innovation and a true ability to reconcile their vision with customer needs. We congratulate them on this achievement and look forward to being a part of their continued success.”

According to a second quarter report from PricewaterhouseCoopers LLP (PwC), the global technology IPO market showed steady improvement, and Canadians can start to expect…