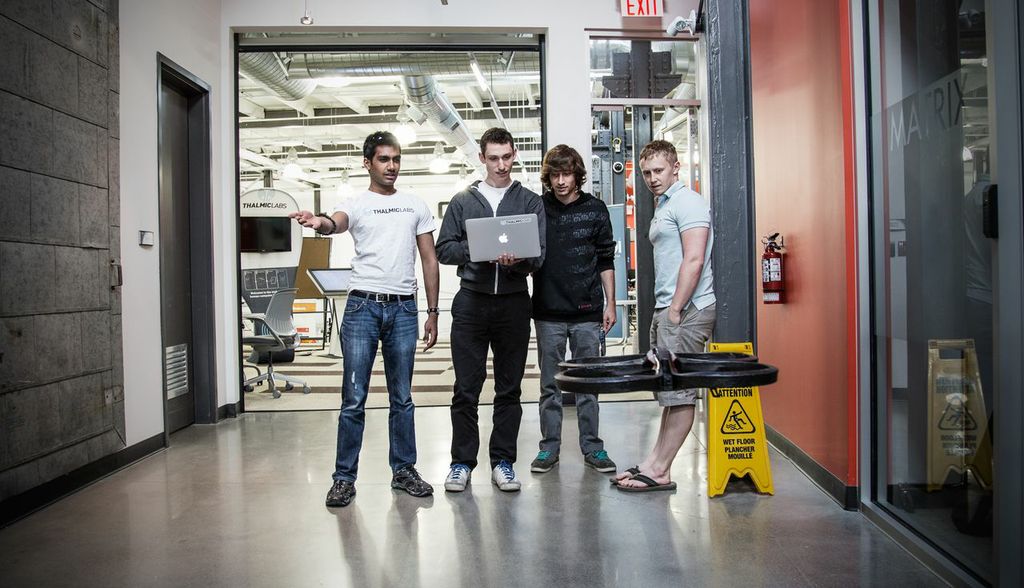 Thalmic Labs is on a growth spurt and is committed to building the future of wearable technology. The company behind the MYO armband has announced today that they’ve added two former BlackBerry executives to their team of world-leading scientists, engineers and designers.

Last month Thalmic Labs declared their then 25-person team was graduating from the VeloCity Garage into their own space in Kitchener. The previous month they announced the closing of a $14.5M round of Series A funding led by Spark Capital and Intel Capital.

“Thalmic Labs has built an exceptional company with a truly distinctive product that will change the wearable tech space,” said Mike Galbraith. “I am inspired by the success the team has had thus far and am looking forward to contributing to future growth.”

It doesn’t look like Thalmic Labs has any intention of slowing down. The company recently ranked within the Top 10 Hardware Startups on the Rise list from analysis firm Mattermark and are expected to ship their first batch of devices to pre-orders made between February and mid-March by the end of this year.

“In less than a year, our company has grown from just three founders to 30 employees and counting,” said Stephen Lake, CEO and co-founder of Thalmic Labs. “We are changing the face of human-computer interaction with a unique team of talented employees who have joined us from everywhere from start-ups to multinational corporations.”

According to Thalmic Labs, the team expects to almost double in size by the end of the year with more than 50 employees.

L-SPARK has announced that four new SaaS startups have joined its fall 2018 cohort. The companies were chosen after a SaaS roadshow, which took…