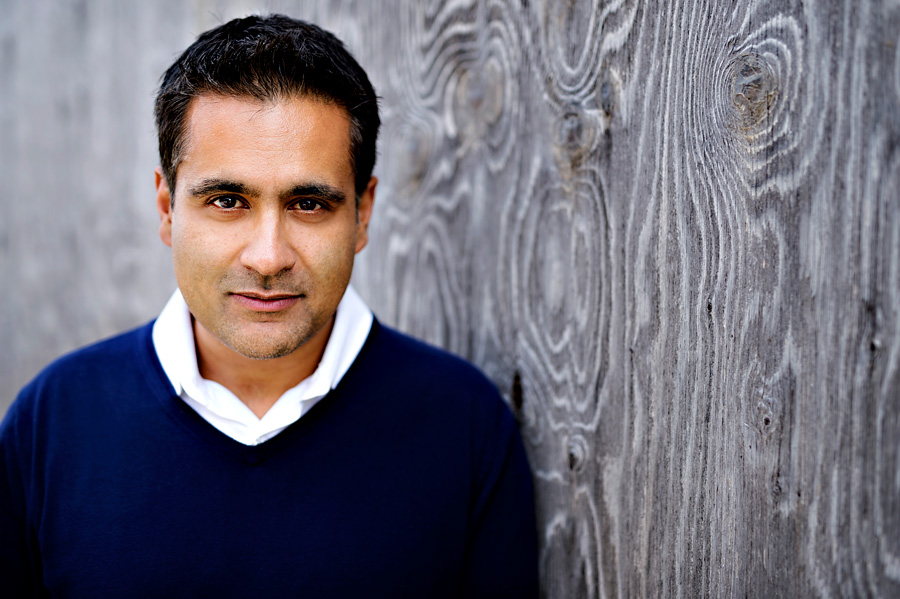 An avid tech community builder and evangelist, it can sometimes be hard to remember where you met Sunil Sharma first – and how your life in tech didn’t cross paths with him earlier.

Now, he’s stepping back from his other roles to take on the managing director role at Techstars Toronto.

The eighth country for the Boulder, Colorado-based accelerator — and the first Canadian expansion — Techstars Toronto represents a large expansion and signal in Toronto’s growing startup network. The accelerator has been granted the ability to grant Startup Visas, a government program that allows entrepreneurs to become permanent residents in Canada if a Canadian venture capital fund or angel group makes a financial commitment in their business.

BetaKit had the chance to chat with Sharma; John Hill, network catalyst at Techstars; and David Brown, co-founder of Techstars, to learn more about the move to Toronto and how Techstars plans to make its mark in the Toronto — and Canadian — startup ecosystem.

BetaKit news editor Jessica Galang caught up with Brown at Montreal’s Startupfest in July, a homecoming of sorts for the McGill University-educated founder.

“I want to see diversity from the beginning; our program manager hire, the companies we recruit, and the community we build.”

“[In the managing director role], we look for entrepreneurial experience of some kind – whether that’s investing, founding a startup, or working in a function where you’re advising entrepreneurs,” Brown explained.

The local team, alongside the managing director, makes the decisions whether to follow the typical Techstars playbook or ignore it, according to Brown.

“We believe you can build great companies anywhere, whether Montreal, Toronto, Paris, Dubai, or another city. We don’t believe you have to go the US, or specifically Silicon Valley, to build a successful company. That’s why we run accelerators in 30 locations,” he continued, noting a key difference between Techstars and other major accelerators is that they don’t just invest globally, but actually have accelerators around the world.

Techstars Toronto will be hosted in the WeWork space downtown, where they will work for three months.

“Techstars is unique in the Canadian landscape because it’s an accelerator and an investment program that has global backing. This is important to have in Toronto, and Canada,” says Sharma.

Techstars also fills a unique void in the Toronto tech ecosystem, as it’s the first international accelerator to set up an accelerator space in Toronto, and the first major international fund to come into the country since 500 Canada closed operations earlier this summer.

“Toronto has been a recruitment ground for prominent international accelerators for some time. We are operating in Toronto now, and expect that many more investors will be coming here in the future.”

Of course, the topic on everyone’s minds is the current state of US politics, with investors, founders, and ecosystem actors in both Canada and the US weighing in on the potential effect of President Trump.

Brown told BetaKit that he thinks this poses a unique opportunity for Techstars Toronto.

“[Techstars Toronto] is a good opportunity for entrepreneurs who either can’t get into the US or don’t feel welcome there to come to Toronto instead,” Brown said during Startupfest.

Sharma doubled down on this sentiment, thanks to TechStars being designated by the Canadian government as an organization allowed to grant Startup Visas. This, says Sharma, will help make Toronto a global hub for Techstars founders who cannot or do not want to go to the United States.

Wherever Techstars operates, though, they say they take inclusion very seriously.

“It’s about making sure that anyone who wants to be an entrepreneur is able to,” Hill said.

Sharma also notes that diversity and inclusion will be a personal priority for him as managing director of Techstars.

“I want to see diversity from the beginning; our program manager hire, the companies we recruit, and the community we build,” Sharma emphasized.

As director of Founder Institute Toronto, Sunil says that he’s recruited some of the most diverse classes of entrepreneurs in the city. He says he wants to see this trend continue at the accelerator stage of business growth, at Techstars.

“I had the chance to connect with the Techstars team in Boulder, and I was encouraged by how focused everyone on the team is – founders included – on their code of conduct. It’s not about casting judgment on anyone else, but it’s about letting the world know about the spirit in which Techstars operates.”

Hill had a similar sentiment, and said that Techstars has a system of reporting where any member of the global Techstars family can directly contact Techstars leadership if they are concerned about a “bad actor” in the Techstars family.

This applies to leaders as well. If a leader is a potential “bad actor,” Techstars has an anonymous reporting process where the leader in question is recused from any investigation, and the matter is held privately amongst other leaders, the legal team, and the head of people operations.

Having a major international accelerator in Canada is a big signal about the global perception of our market maturity.

It shows that the Toronto ecosystem has enough action to bring a large scale accelerator, taking learnings from the Montreal’s FounderFuel model — which helps startups set and reach ambitious goals in three months — and scaling that up to Toronto.

Real Ventures, the VC partner behind FounderFuel, is a 50 percent partner in Techstars Toronto, says Sharma, so the best practices are sure to translate.

It’s a great thing for Canada, and Techstars seems intent on helping Canadian companies grow – and stay – in Canada.

Applications for Techstars Toronto are open until October 15. The first class will be announced in January 2018.

This article has been updated to correct certain aspects of Sharma’s CV. Jessica Galang contributed to the reporting of this story.

Bitcoin supporters from around the world will flock to the Metro Toronto Convention centre next month, April 11-13, for the first annual Bitcoin Expo…