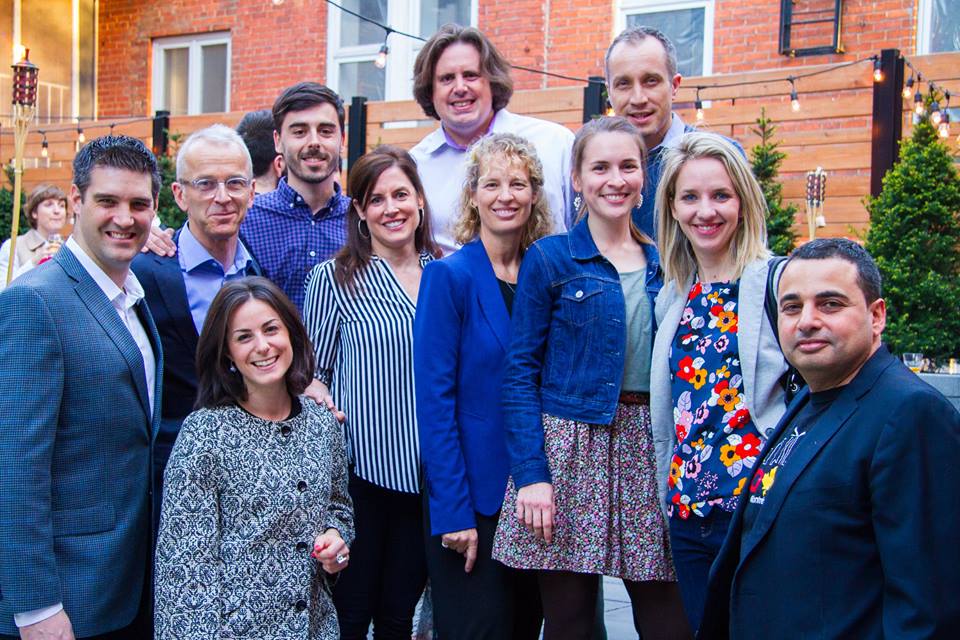 While Montreal might be one of the biggest and most progressive cities in Canada, it is also the most impoverished metropolitan area in the country. According to Lili-Anna Pereša, President and Executive Director of Centraide of Greater Montreal, an astonishing 25 percent of Montrealers live below the poverty line. She adds, though, that unlike many cities with the same poverty levels, Montreal isn’t rife with crime.

“That’s because we have this strong sense of community,” Pereša told the gathering of Montreal’s tech entrepreneurs and leaders at the launch for the 2017 TechAide campaign. “We care for each other and we have these wonderful organizations, social entrepreneurs who are in the streets, making sure that the people do not lose hope.”

TechAide is a poker tournament that brings together the Montreal tech community to raise funds for the 343 organizations that Centraide supports financially. Conceived by Alan MacIntosh, partner and co-founder at Real Ventures, Canada’s largest and most active seed venture fund, the event is now in its second year, and has much loftier goals. Having raised $21,000 in the pilot year, their hope is to bring in ten times that figure, and get at least 50 companies to participate in the event.

A twist on your typical poker tournament, TechAide has partnered with DeepStack, the first AI in the world to have beaten pro poker players.

The early rounds of the tournament will be played within the companies who sign up. Winners from those companies will then play in the semi-finals, with the final ten facing off against each other and the AI in November. There is little question who (or rather what) will win the tournament. All funds raised will go to Centraide, and the human winners will walk away with the bragging rights of being the best poker players in the Montreal tech community, as well as the knowledge that they did something significant to give back to the city in which they thrive.

“It’s not everyone who wins the game of life, but I think that every one of us here has won,” Pereša said, thanking all those who have already committed their involvement.

“The talk of Montreal is about artificial intelligence, startups, Notman House,” said Garber, who is also co-chair of the Greater Montreal Centraide campaign. “But with that recognition, there also comes responsibility. We have two worlds in our city. We have the world that is dreaming of becoming multimillionaires, and we have the world that is dreaming of having three meals a day. And it is the obligation of the people dreaming of becoming multimillionaires to help feed the people who are dreaming of eating three meals a day.”

“Including DeepStack in the tournament will create more interest and a greater challenge for participants in TechAide, attracting more entrepreneurs and companies who want to have a fun experience, ultimately raising more funds for Centraide,” said Mourad.

Present at the event were also representatives from organizations that benefit from Centraide’s funding including Christophe Hotte, a youth worker for PACT de Rue — “Projet Ado Communautaire en Travail de rue” (Project for Community Street Work for Adolescents), and representatives from Baobab familial, an organization that supports low-income families, refugees and new immigrants; and Santropol Roulant, a community food hub that delivers meals to the elderly by bicycle among numerous other activities.

“A community is stronger when it cares, bringing different ideas, diverse experiences around the same mission: to give back to people in need. We believe that is empowering and important”, said Audette.

For more information on how to get involved with TechAide 2017, you can reach out to Thibaud Marechal from Real Ventures, who is coordinating the tournament.

Toronto-based Bionym has had a vision for you to completely remove keys and passwords. The company focussed in on the emerging wearable space and…