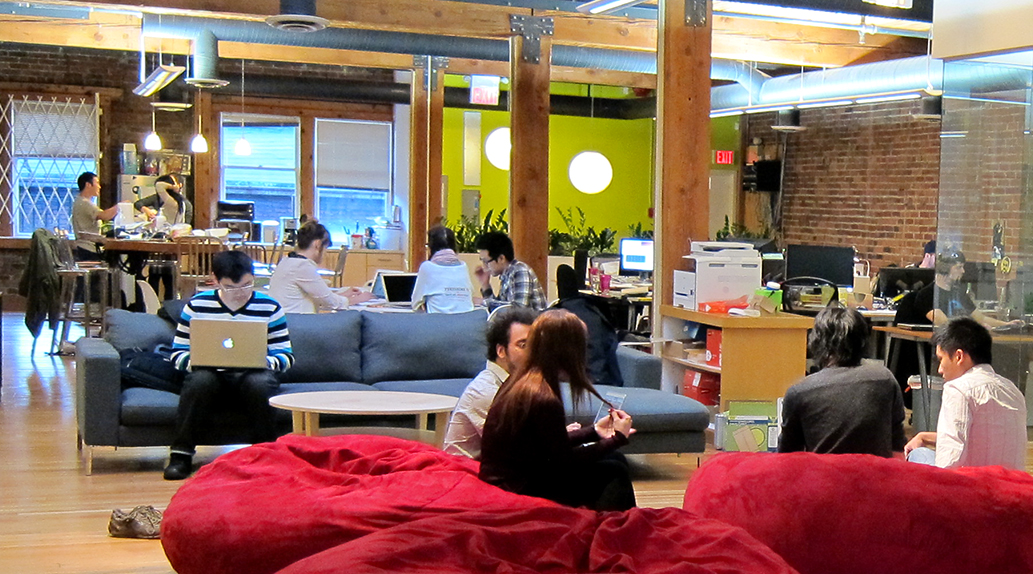 Metrics like headcount and revenue can only go so far in terms of defining a startup. For some startups, its the culture that defines its success.

With a team of sixty and growing, and with hit mobile games such a Kingdoms of War, Party in My Dorm, and The Meego, labelling Vancouver’s A Thinking Ape as a “startup” is almost a stretch.

We recently discussed the challenges of running a business that’s largely driven by creating a new hit with every release. From an outsider’s perspective, it seems like being in the constant state of startup mode with every new game would be the norm. Is there a sense of perpetual uncertainty?

It turned out my hypothesis was wrong.

Since launching their first game as a three man team, Chung’s view is one of “making things more efficient internally (such as making the data more efficient) and methodology.” They’re not focusing purely on game design or creating artful masterpieces. For Chung it’s about “accomplishing more with less.” Diep added that “the scale in terms of bodies has made a difference. Much of our learning has been organizational learning”

From Arasaki’s perspective, “we’re getting better at optimizing processes.”

“Improving our execution, is allowing us take on projects of a bigger scope, and to make bigger bets. We’re seeing the process internally flat out getting faster, and faster,” he said.

When talking about creativity Arasaki admitted that “ideation can’t be looked at through the pragmatic engineering lens. We’re always asking ourselves how to continue to create games people will love”

Diep said their “biggest focus in building a culture of craftsmanship leaders jobs is to instill and reinforce that culture.” Arasaki added “ideas that come from the top that while useful can also be fragile, and it doesn’t scale as well.” He also acknowledged how the team is working at pushing more of the ideation down to the trenches. “You can’t force creativity, but you can nurture it.”

The team has built a strong reputation locally by inviting the community to participate in great hackathons. In fact, they probably organized the biggest all-women hackathon Vancouver has ever seen. It’s been through this experience that they’ve brought the hackathon onboard as part of the internal creation and innovation process.

Diep sees “internal hackathons helping reinforce the culture of building stuff… a sign of a great maker is someone who always has ideas, and is always thinking about things to build. It’s not about forcing to people to build something company specific, it’s really a creative exercise and in a way a welcome break for everyone’s primary and secondary tasks.” (In fact, a small team has been spun off to work on a specific project as the result of a recent hackathon).

They admit not having a set process for filtering through ideas. There’s a spirit of self recruiting creativity, with the litmus test being whether anyone’s ideas pass the peer test. The culture of ownership is paramount with this team, and as Chung pointed out, “leaders help make sure teams with new ideas are focused on the right metrics.”

In terms of things to look forward to, there’s new games in the pipeline. More interestingly, Chung shared how they are “looking at tools and supports services beyond just games. We’re considering what can be created around the games, and potentially distributed into new markets.” In some ways it didn’t strike me as shocking when Diep said “it’s a little known fact that we didn’t specifically hire any game engineers, so it will be no surprise to them if they build something amazing that’s not a game.”

It was fun asking them to gaze in the crystal ball and talk about technology in general. They’re stoked about the growing potential impact tablets will continue having, and wearable devices with a specific shout out to Oculus Rift. We wrapped up our ‘future talk’, collectively admitting to being in awe of Elon Musk’s recent video sharing his take on the future of design.

These are really smart guys, as exemplified by Arasaki recently being chosen to attend the Gaming Insiders 30, which brings together the gaming industry’s leaders to exchange ideas.) More importantly they represent hard work and humility with the genuine commitment to helping the Vancouver technology ecosystem grow and prosper.

It’s interesting how all three talk about the positive impact they felt in terms of living in a community of shared ideas, mentoring and advice during their time in Y Combinator, and working in the Bay area. This is the attitude they are fostering. As Diep put it, “we want to help put Vancouver more on the map. We want to figure out how to turn Vancouver into a destination for talent and resources.”