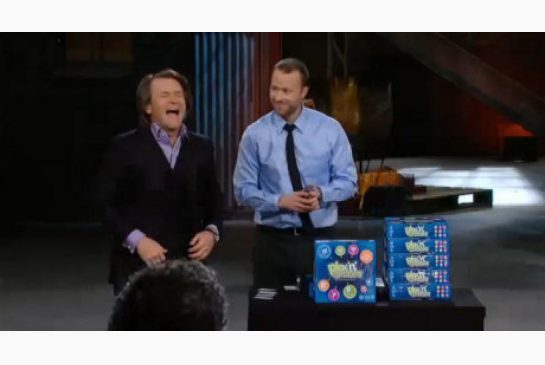 The Supreme Court of Canada has rejected Montreal lawyer and entrepreneur Marc Ribeiro’s case for a defamation suit again the Canadian Broadcasting Corporation (CBC) and its show Dragons’ Den.

Ribeiro felt that when he appeared on an episode in season six to pitch his boardgame, Pick N Choose, he was wrong portrayed. Specifically he alleged that the popular CBC show aired a bad faith broadcast that completely misrepresented the merits of his business plan. Moreover, he said the editing job on the episode made it “completely misrepresent the merits of his business plan.”

One look at the extremely unflattering photo above, of Dragon Robert Herjavec laughing at Ribeiro’s game while he idly stood by is enough to give a pretty accurate view of how the pitch went.

As the Toronto Star reported today, Canada’s Supreme Court dismissed Ribeiro’s application seeking leave to appeal, so the case is over. The panel did not give reasons for its decision.

“Ribeiro says he’s disappointed but respects the court’s decision and will continue marketing his game. He says he has sold 15,000 units of the game since it was released in 2010,” wrote the Star. “A CBC spokesperson says the corporation is pleased with the Supreme Court decision.”

It all has to do with a waiver that every participant on the investment reality show must sign before going on camera. It states that “I further understand that my appearance, depiction and/or portrayal in the program may be disparaging, defamatory, embarrassing or of an otherwise unfavourable nature which may expose me to public ridicule, humiliation or condemnation.”

It’s an interesting point of debate, as the Financial Post pointed out yesterday. On one hand, “who in their right mind would consent to be defamed, then sue after the fact?” asked writer Drew Hasselback. But then again, is it fair to ask these entrepreneurs to sign away their reputation, especially now since many entrepreneurs view a shot Dragons’ Den as a huge asset in building their company?

“The issue has now morphed into a question of bargaining power, which is also of interest to lawyers,” wrote the Post. “Is there something about the way such consents are obtained or drafted that is so lopsided or unfair that they should be void for reasons of public policy?”

Photo by the Star

Cities across Canada are bullish on hosting Amazon’s second headquarters

Amazon announced that it is looking for a second place to call home, and Canadians across the country are making noise for their community….