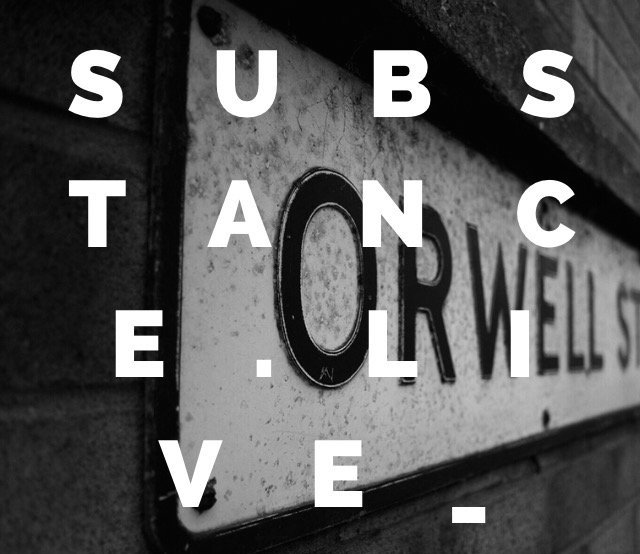 In the US, Uber’s CEO has quit the Trump administration’s tech advisory council that includes the top names in Silicon Valley, citing huge pressure from citizens and customers. The promise of ‘smart cities’ of the near future is being undermined by deep concerns over security. Foreign governments are caught up in accusations of hacking utilities and democratic elections. If there was ever a time when we needed to sort out the issues facing government and technology, it is now.

That’s the aim of the Substance conference that’s coming to downtown Edmonton on May 8 and 9, featuring more than 200 leaders, policy makers, technology innovators, and more. As an example, Palo Alto CIO Jonathan Reichental will be the event’s honorary chair, hosting a half-day consultation between senior government representatives and executives in the tech industry.

Substance creator Robert Brennan Hart, no stranger to massive events covering the intersection of politics and technology, has partnered with the likes of Macleans, Forbes, and others to get the word out on this extravaganza of big thinking (Ed.note: BetaKit is hosting a panel at the event).

“We’re staring into the abyss of Donald Trump land, and we need to be looking at ways of equalizing for the greater good, instead of leading us into a place of no return,” Hart said, alluding to the urgency of the conference’s theme. “Unless we make the decision as a human race to start looking at some collective purpose outside business, to humanism, we’re on a path of no return.”

Hart says there are roles that government needs to play to impact where we’re going with questions around monetization of the internet, cybersecurity, and other themes.

“I’m not sure if Canada is doing things much differently (regarding the connection between technology and government) than in the US,” Hart said. “We’re living in a world where it’s hard to tell what’s true or isn’t true. The prime minister initially presented a more positive public image, even if he appears now to be talking out of both sides of his mouth.”

He cited Trudeau’s unwillingness to retract the antiterrorism bill C-51, a controversial piece of legislation, or taking back Harper-era policies around the capturing of personal data. “Part of this conference, even though it could be quite provocative, will be about exposing some of those things in the government as well.”

Who exactly will be coming to Substance? They’re expecting representatives from government, such as MLAs, MPs, and senior executives from the government in Ottawa, but also enterprise companies and a smattering of startups.

There’s an old saying that all politics is local – and while big federal policies around tech will be under discussion, another major area of focus will be around smart cities. As our population grows and our cities face significantly increased congestion and pollution — while infrastructure comes under incredible stress — how can technology help mayors and urban policymakers cope?

Reichental foresees plenty of discussion on these themes as Substance. “We’re all going to live in cities, but we’re all frustrated by cities. Now’s the time to make change happen,” he explained.

“We’re all going to live in cities, but we’re all frustrated by cities. Now’s the time to make change happen.”

“In 2017, there are a whole new set of technologies and the internet is pervasive (even if at least one half of the world can’t access it). For example, we can [install] low cost sensors into our urban areas and monitor the air quality. We can do a whole number of things that could change public policy. If you can demonstrate a problem with data, you can go to your local leaders to create change.”

Introduction of sensors, data analytics and a driving force for positive change could change how we run cities very swiftly, not decades from now.

Of course, local governments will need to be cognizant and not create unintended moral and physical hazards as technological solutions come online. For instance, with self-driving cars, millions of truck drivers in the US could see their jobs go away, Reichental said. In possibly the best modern example of roads paved with good intentions, a technology that might prevent 1.5 million car accident deaths could also contribute to massive unemployment. This is where innovators and government will have to work together, to find the right balance when dealing with these difficult questions.

You can learn more about the speakers and schedule for Substance here.