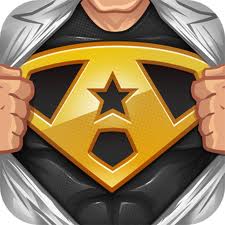 At just 18 Jordan Satok was the youngest CEO to raise venture capital. Today we can throw “exited company at 19” to the list of impressive accolades before the age of 20.

Satok and AppHero, the Toronto-based startup that suggests apps that user would like based on personal preferences, announced this morning that it has been acquired by Toronto-based, Relay Ventures-backed Fuse Powered.

Satok founded AppHero in 2011 at just 17 years old, raising $1.8 million in venture capital in August 2012 at 18. AppHero developed a personalized recommendation platform to provide unique recommendations to consumers based on the apps they already had, their social profiles and their interests, with the goal of helping people discover great apps and games.

On a call with Satok, the young entrepreneur said that it became increasingly clear that the industry evolved from “being very discovery-focused to being more advertising-focused,” like Facebook ads. The problem is that many ads from apps can be impersonal, where the user won’t care.

“Our technology predicts which apps and games a user will enjoy, based on their unique attributes and preferences. There are now over a billion ads shown a day for mobile apps, and we feel there is a huge opportunity to provide highly targeted ads for mobile apps that users will love seeing,” wrote AppHero in a letter. “We spent some time learning about the mobile advertising landscape, and realized that the technology we’ve spent years working on is perfectly aligned to make mobile advertising dramatically more efficient.”

He also recognized that advertising is somewhat seen as a “dirty area”. Nevertheless, he told us, we’re so excited about the potential to serve really, really relevant campaigns for things people will actually like seeing, so its an exciting time for the whole team,” he said.

The marriage pleased everyone on the AppHero team, including investors OMERS Ventures, Golden Venture Partners, ENIAC Ventures and angel investors. The company received “a bunch of interest from across the industry, and we spent a lot of time with each company, considering the opportunities,” said Satok. In the end he saw a positive fit with Fuse.

Still just 19-years-old, the question on many people’s minds seems to be whether Satok will still keep the entrepreneurial passion he’s had over the past several years. Will he get complacent working for Fuse with, to be assumed, less responsibility and stress?

“I’m a passionate entrepreneur who wants to build valuable tech companies and really amazing technology, and nowhere in my personality gives me the ability to clam down,” he said. “I’m still going hard everyday, we’ve been here for a little while now and I’m really excited with the progress the team has been making. There’s no slowing down for me.

VC deal volume sees slump in first half of 2020 amid COVID-19, CVCA finds

Venture capital and private equity deal volume fell in Canada during the second quarter of this year, as the COVID-19 pandemic began to take…