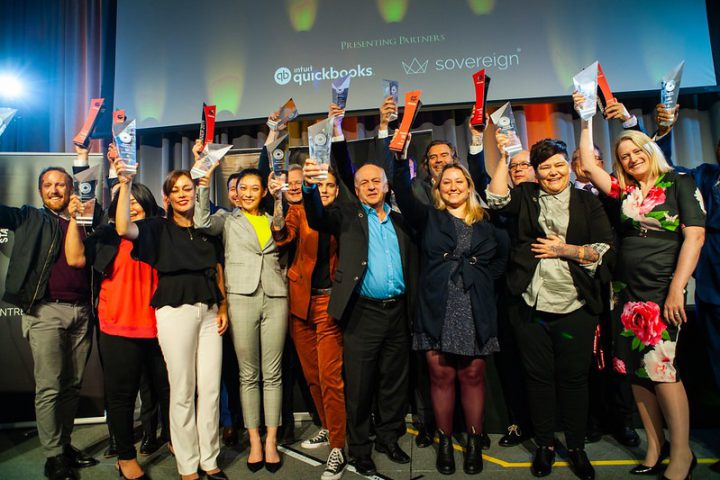 The event’s attendees included Canadian investors, startups, anchor company executives, and government officials. The event was hosted by public speaker, writer, and entrepreneur, Catherine Clark and opening remarks were given by the Minister of economic development, job creation and trade Victor Fedeli.

“When innovation is united with entrepreneurship, Canada’s prosperity is increased.”

“The positive disruptive spirit and diversity of Canada’s entrepreneurial community have become the backbone of our economy and a key contributor to the nation’s prosperity,” said Victoria Lennox, CEO of Startup Canada. “We are honoured to recognize this year’s innovators and business builders and proud to support organizations across Canada on their entrepreneurial endeavours.”

Startup Canada also named the winners of The Ernest C. Manning Innovation Awards, which recognizes contributions in bringing innovation and disruption to an industry. This new addition to the Startup Canada Awards family is aimed to help amplify the work of Canadian entrepreneurs and innovators.

“When innovation is united with entrepreneurship, Canada’s prosperity is increased. The Manning Awards Foundation has long championed the recognition of innovators and Startup Canada has long championed the recognition of entrepreneurs,” said Preston Manning, founder of Manning Foundation. “Going forward we will together celebrate their contributions to Canada’s economic growth and social development.”

The Manning Foundation granted four innovation awards, consisting of: the $100,000 Principal Award, which went to the co-founders of Enterra Feed Corporation; the $25,000 David E. Mitchell Award of Distinction, which went to the CTO of UTComp; and two innovation awards of $10,000 for Canadian innovators without access to research facilities or advanced education in the field of their innovation, which this year were given to Scott Gravelle, CEO of ATTAbotics and Katherine Homuth the CEO of Sheertex.

The 2019 national awards winners are:

The Joe Fresh Centre for Fashion Innovation is accepting applications for the fifth cohort of its fashion-focused acceleration program. The centre is looking for…