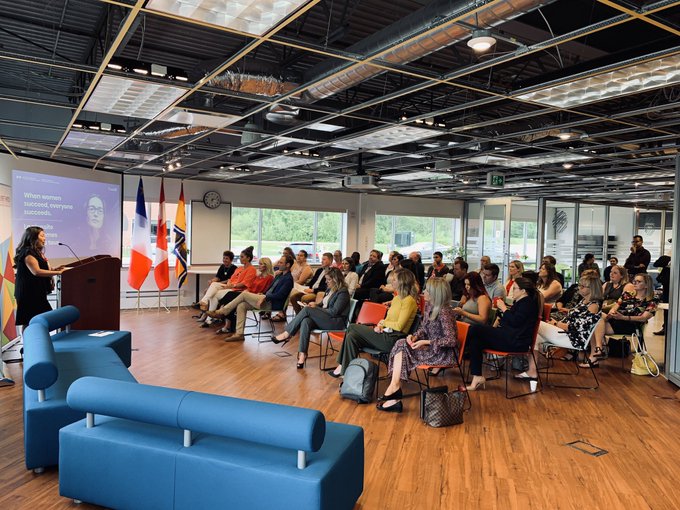 On Monday, the federal government revealed a number of Atlantic Canada women-led companies that are receiving funding through the Women Entrepreneurship Strategy, including Fredericton-based SomaDetect.

“Investments will help women-owned…businesses in Fredericton and across New Brunswick innovate.”

Mary Ng, minister of small business and export promotion, announced that the government was investing $1,796,595 in five businesses, as well as an organization supporting women entrepreneurs administered through the Atlantic Canada Opportunities Agency.

The five companies are receiving up to $100,000 in funding through the Women Entrepreneurship Fund, while Conseil économique du Nouveau-Brunswick will receive $1,211,595 to develop and implement an entrepreneurship support program for women from francophone communities, including francophone immigrant women.

“The Government of Canada is committed to ensuring the full and equal participation of women in our economy and society,” said Matt DeCourcey, parliamentary secretary to the minister of immigration, refugees and citizenship and MP for Fredericton. “ Today’s investments will help women-owned and led businesses in Fredericton and across New Brunswick innovate, grow, and export to new markets.”

The tech companies receiving funding include:

Ng also claimed on Monday that the federal government has invested nearly $10 million in Atlantic Canada through the Women Entrepreneurship Strategy.

In early June, the federal government announced that it was adding $10 million to the Women Entrepreneurship Fund (WEF), bringing the fund’s total to $30 million. The WEF is part of the broader Women Entrepreneurship Strategy (WES), a $2 billion investment looking to double the number of women-owned businesses by 2025.