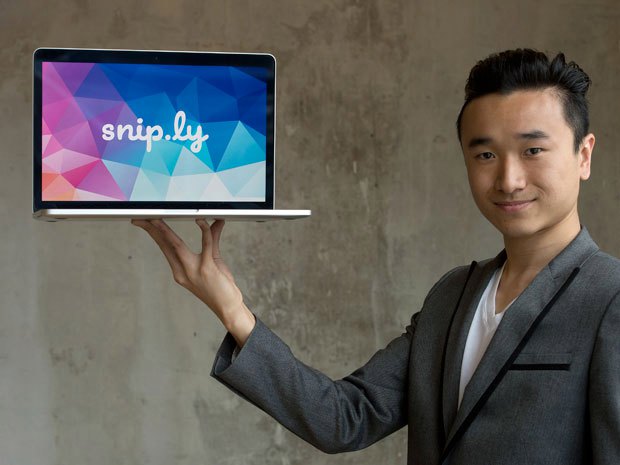 Michael Cheng previously stated in an interview with us that he’s a “always been a believer of go big or go home.” It now seems he’s focussed on going big as his latest startup idea is gaining momentum.

Cheng, who has been dubbed by Maclean’s as a Future Leader of Canada, launched Sniply earlier this year. Snip.ly is a extension that allows users to easily share content and engages deeper conversions simply by attaching a personal message within the link.

At the end of June, Cheng noted that Snip.ly reached its first milestone, a respectable 1 million clicks. Now, a mere 30-days later, Snip.ly has skyrocketed just passed the 10 million click landmark – a 900% increase in 30 days is something to be proud of The number of pieces of content being shared could be dramatically higher, but the number of articles users actually clicked are 10 million.

The rapid growth could be attributed to the recent acquisition of both Hoverpost and Headshare, but Chen said that “It’s really the hard work of everyone involved. We call them the Sniply Family, and the Sniply Family extends far beyond the founders. It’s the work of our entire team, our advisors, mentors, evangelists, fans, users, and more.”

Snip.ly, who says they operate on “no marketing budget,” is based out of Ryerson’s Digital Media Zone. “At the end of the day, building a startup is hard. It’s harder than anything we’ve ever done, and so much harder than we ever imagined. Everyday is literally an uphill battle,” said Cheng