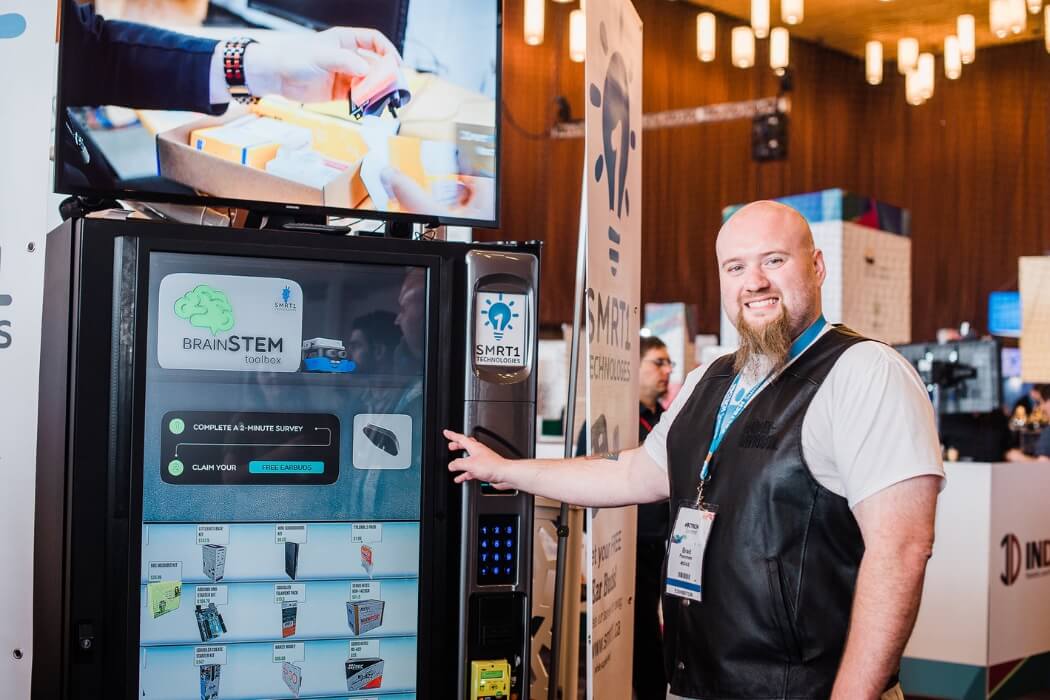 SMRT1, a Nelson, BC-based startup, raised almost half a million dollars through its seed round crowdfunding campaign that closed in July. In this round, 86 investors chipped in a total of over $484,000 raised.

With the funds, SMRT1 wants to expand its outreach to more sectors after seeing its technology’s successful integration into the fresh food retail and harm reduction industries.

The global smart vending machine market was valued at $1.6 billion USD in 2020 and is expected to reach $3 billion USD by the end of 2026.

The company specializes in cloud-connected, smart dispensing technology through its SMRT1 POD, which stands for “personalized on-demand.” According to SMRT1’s website, the device can be used as a freestanding or mounted kiosk, connected onto the front of an existing vending machine.

SMRT1 PODs have built-in cameras, speakers, and microphones to engage customers and collect data. The software is connected to an online dashboard management platform that allows operators to control any number of machines, in order to view and respond to real-time performance insights and manage inventory digitally.

Vending machines have become more than just a snack or beverage dispenser. The “unattended retail” industry has become more creative in its implementations with its ability to serve the needs of community members around the clock.

The Toronto Transit Commission (TTC) installed 11 PPE vending machines in some of its subway stations in November 2020 as a strategy to make masks and other hygienic supplies more accessible to commuters.

“It’s touchless, it’s considered safe and it’s prepackaged so products haven’t been fondled and breathed on,” Balakgie said. “And technology has made it even safer: Some machines have a hover feature so you don’t have to touch the buttons and you can use an app on your phone or use mobile ordering.”

Ensemble, a harm reduction group based in New Brunswick, introduced an “interactive dispensing service,” which allows people to access new needles, naloxone kits and other supplies for its community members. Its vending machines are integrated with SMRT1’s Health POD, collecting data to ensure life-saving items are replenished upon depletion.

Data from Ensemble’s vending machines confirmed the need for 24/7 harm reduction services, with 65 percent of the activity occurring outside of the group’s office hours.

The global smart vending machine market was valued at $1.6 billion USD in 2020 and is expected to reach $3 billion USD by the end of 2026.