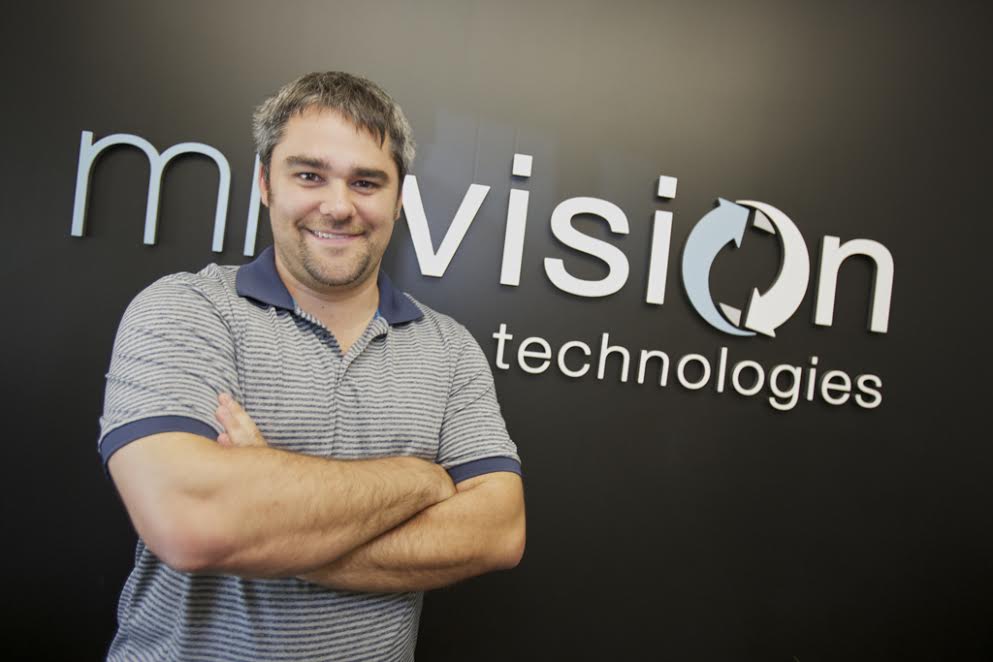 Miovision, the company behind a cloud-based management platform to help provide insights into traffic, announced a partnership with fellow Waterloo-based startups Ecopia Technologies and Brisk Synergies.

Ecopia and Brisk, which are dedicated to visual recognition for geospatial imagery and urban mobility analytics respectively, will help Miovision strengthen its platform. Under the partnership, Miovision’s Spectrum device will use Wi-Fi pinging between locations to create anonymous identifiers for vehicles. Miovision will feed the information into Brisk’s analytics engine to determine the real-time flow of traffic, while Ecopia generates highly detailed maps from satellite imagery to aid in the simulation of those traffic flow visualizations.

“Urban planners and transportation leaders need living, breathing visualizations of their cities to be able to plan for the future and adjust for short-term problems,” said Kurtis McBride, CEO and co-founder of Miovision, which raised a $30 million Series B earlier this year. “This new partnership combines Miovision’s devices, Ecopia’s urban visualization technology and Brisk’s data analytics into a solution for any city that wants to have a real-time image of itself.”

Each of the three companies are alumni of the Accelerator Centre at the University of Waterloo. “This is truly a case where the sum is greater than the individual parts,” said Charles Chung, CEO of Brisk Synergies. “When we started to see the big picture of what we could accomplish together, it made sense to jump in and make it reality. The fact that all three of us are based in the same area and went through the Accelerator Centre makes it that much sweeter.”