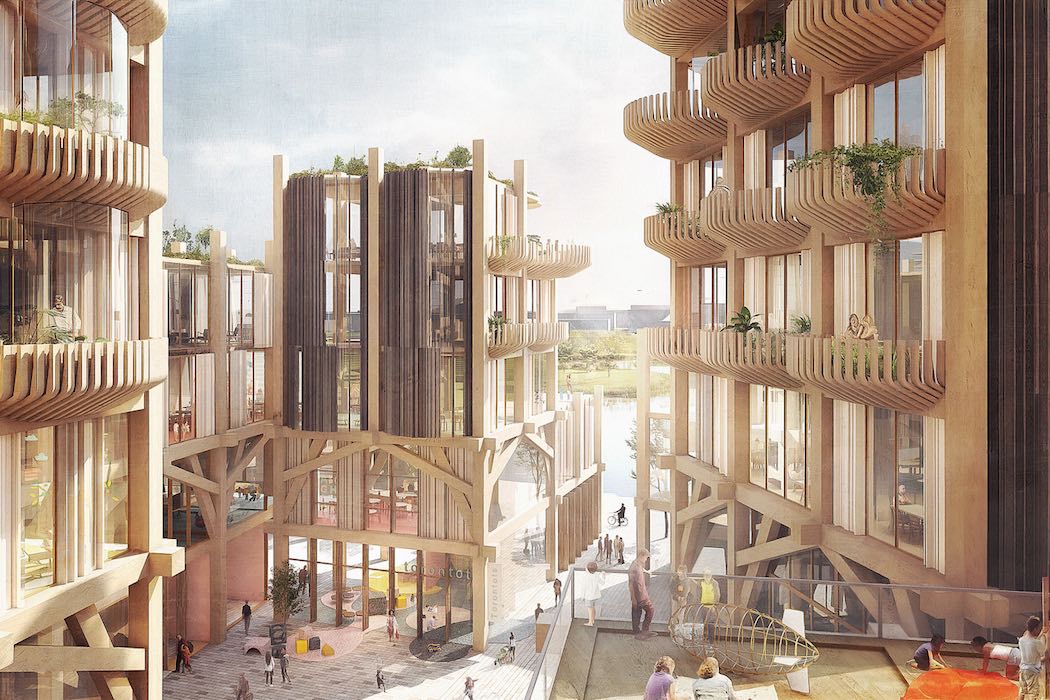 Sidewalk Labs has announced it will no longer pursue its project at Quayside in Toronto. The company noted the decision was due to the current “unprecedented economic uncertainty.” Sidewalk Labs and Google will both remain in Toronto.

“Today is not the end of Quayside, but the first day of its future.”
– Stephen Diamond, Waterfront Toronto

The company, a subsidiary of Google parent company Alphabet, has worked on its smart city proposal for the Quayside neighbourhood over the last two-and-a-half years, alongside Waterfront Toronto, the tri-government agency overseeing the development. In January, the deadline to decide whether to move ahead with Sidewalk Labs’ smart city development proposal was pushed from March 31 until May 20.

“In October 2017, Sidewalk Labs and Waterfront Toronto set out to plan a shared vision for Quayside, a fundamentally more sustainable and affordable community resulting from innovations in technology and urban design,” CEO Dan Doctoroff in a statement. “Since the project began, I’ve met thousands of Torontonians from all over the city, excited by the possibility of making urban life better for everyone.”

Doctoroff said the economic circumstances made it “too difficult” to make the 12-acre project financially viable without sacrificing “core parts” of its plan. Sidewalk Labs, which has a 30-person office on the waterfront, will continue to work on some of its proposed innovations, including mass timber construction, a digital master-planning tool, and its approach to all-electric neighbourhoods.

“We concluded that it no longer made sense to proceed with the Quayside project, and let Waterfront Toronto know yesterday,” Doctoroff added.

In August, Sidewalk Labs and Alphabet Inc. partnered with the Ontario Teachers’ Pension Plan to create a new company called Sidewalk Infrastructure Partners (SIP). The CEO and former deputy mayor of New York City said in his statement Thursday that Sidewalk has already started companies addressing urban mobility, infrastructure, and community-based healthcare, and has also invested in startups working on projects such as robotic furniture and digital electricity.

In a statement provided to BetaKit, Stephen Diamond, chair of Waterfront Toronto, said the agency will continue to seek public and expert input on Quayside.

“While this is not the outcome we had hoped for, Waterfront Toronto offers thanks and appreciation to Sidewalk Labs for its vision, effort, and the many commitments that both the company and its employees have made to the future of Toronto,” Diamond told BetaKit.

“Today is not the end of Quayside, but the first day of its future,” he added.

Sidewalk Labs’ proposal has been met with controversy since the project was first proposed. Prominent former advisors, like Ann Cavoukian, have withdrawn from and criticized the project over privacy and personal data concerns. Groups like the Canadian Civil Liberties Association and Block Sidewalk, have also opposed Sidewalk Labs’ development over concerns regarding data collection and privacy.

Waterfront Toronto agreed to move forward with Sidewalk Labs on the development of the lakeside property in October, although the agency scrapped some of the innovations laid out in Sidewalk’s master plan, released over the summer.

In February 2019, Sidewalk Labs was met with further controversy when it was revealed the company was looking to redevelop 350 acres in the Port Lands area, nearly 30 times larger than its original 12-acre Quayside proposal. In October, after months of debate with Waterfront Toronto, Sidewalk Labs abandoned the 350-acre plan.

As part of its plan to develop Quayside, Sidewalk Labs was also building a venture fund to help support and create Canadian startups in the urban tech space. In November, Sidewalk Labs announced that it was teaming up with Plaza Ventures for the fund, set to be called Quayside Venture Partners ​(QVP). As part of its master plan, Sidewalk Labs had set aside $10 million in initial capital to establish the new venture fund.

The effects of Sidewalk Labs’ latest decision on the QVP fund is unclear at this time. One source familiar with the new fund’s activities told BetaKit that the team will likely take May to re-asses. The source noted that the fund may continue, but first needs to determine “what works with the new COVID reality.”

When contacted by BetaKit, a spokesperson for Sidewalk Labs confirmed the QVP fund is currently under review.

“We are reviewing all of our Toronto activities,” they told BetaKit.

According to Sidewalk Labs’ November announcement on the fund, it had already seen interest from “Canadian corporate innovation arms and respected individuals,” and anticipated raising additional funds to support the scale-up of the Canadian urban tech ecosystem.

In a statement provided to BetaKit, Mayor John Tory said the city, along with the provincial and federal governments, will be pushing Waterfront Toronto forward to make sure Quayside will create jobs and economic development opportunities.

“Our goal remains to ultimately build a neighbourhood focused on innovation in Quayside that will be the envy of cities around the world and a beacon for the future,” said Tory.

“We now have an incredible opportunity to build a vision that enhances the lives of the residents of Toronto,” John Ruffolo, a former member of Waterfront Toronto’s digital advisory panel and chair of the Council of Canadian Innovators, told BetaKit.

Ben Bergen, executive director of the Council of Canadian Innovators, of which Ruffolo is a vice-chair, called Sidewalk Labs’ decision an opportunity for governments to “develop a long overdue national data strategy, including a smart city strategy, to ensure Canada can build new infrastructures in a responsible manner.”

“Toronto’s economy will come back strong after COVID-19 and we will continue to be a magnet for smart people and smart companies,” Tory stated.

With files from Meagan Simpson and Douglas Soltys.