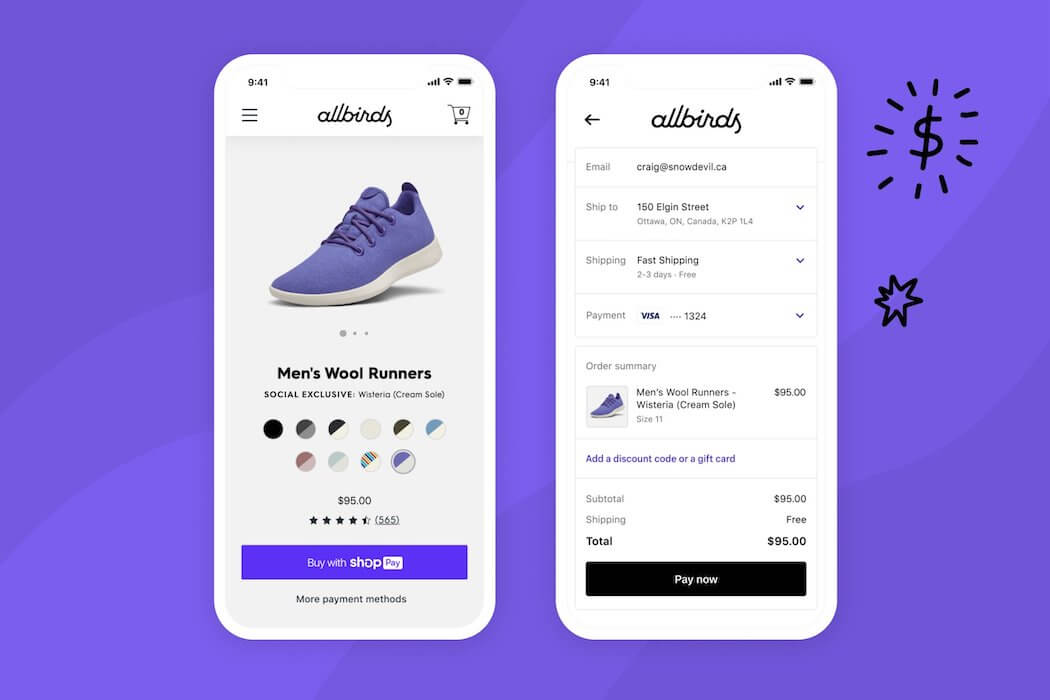 Shopify has expanded its payment offering, Shop Pay, to Facebook and Instagram, making it available to merchants selling on the two social media platforms.

This deal with Facebook represents the first time Shop Pay has been expanded beyond Shopify and directly onto social platforms, a spokesperson for the company told BetaKit.

“We’ll continue to work with Facebook to bring a number of Shopify services and products to these platforms.”

With this integration, Shopify merchants will be able to offer Shop Pay, and consumers on Instagram and Facebook will see it as a payment option in Facebook Pay. The offering is currently only available in the United States.

“People are embracing social platforms not only for connection, but for commerce,” said Carl Rivera, Shopify’s general manager of Shop. “Making Shop Pay available outside of Shopify for the first time means even more shoppers can use the fastest and best checkout on the Internet. And there’s more to come: we’ll continue to work with Facebook to bring a number of Shopify services and products to these platforms to make social selling so much better.”

The recent deal with the social media giant is the latest move by Shopify as it looks to increase its reach in the payment space. In November, Shopify announced a partnership with major Chinese digital wallet platform Alipay to expand its payment options for merchants based in the United States. This allowed Shopify merchants to accept payments through Alipay in China, with the goal to eventually expand this partnership to other Asian countries.

Last year, Shopify also struck a deal with TikTok to make it easier for merchants to advertise and sell products on the video-sharing social media site. The Canadian e-commerce company has also been working on an integration with YouTube.

2020 also saw Shopify move into the banking space with the launch of Shopify Balance, which is composed of three products, a bank account, card, and rewards program for Shopify merchants. The e-commerce company’s aim with the product is to provide financial services built specifically for independent businesses and entrepreneurs. In December, Shopify announced a partnership with Stripe and Evolve Bancorp to power two products within Shopify Balance: the account and card.

According to Shopify, Shop Pay saw the completion of 137 million orders in 2020, facilitating nearly $20 billion in cumulative gross merchandise value (GMV) since its launch in 2017.

Shopify also touts Shop Pay as one of the first carbon-neutral payment options, as it offsets 100 percent of the delivery emissions for every order made.

Over the past week, five Canadian tech startups have been acquired, including DoctorCare, Rover Parking, CoHealth, Kindred Systems, and Lex Cortex. Here’s the latest…