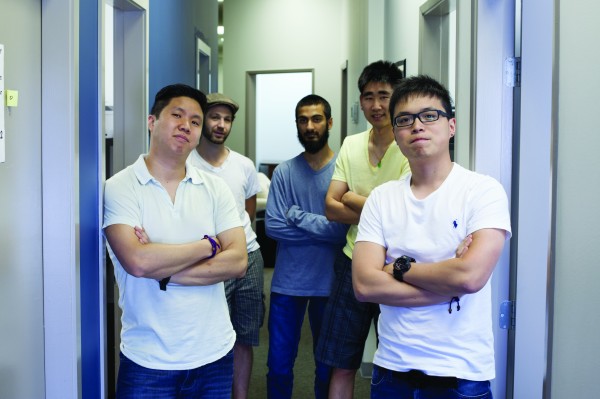 Most notably among the three cofounders is former Next 36 fellow and current Snip.ly founder Michael Cheng, along with Jason Wong and Elvin Cheung.

Cheng, who was made an instructor in his second year of his undergrad at SFU, said he was convinced the city within metro Vancouver needed a bit of its own Silicon Valley. “Everything pointed towards [the idea] that Surrey has the potential to become an entrepreneurial hub for Vancouver,” Cheng told the newspaper. ““What’s magical about a co-working, collaborative space is that those people often mingle, network, connect, and eventually work together.”

The city’s population is looking towards a healthy uprising over the next three decades, with an anticipated 300,000 new inhabitants moving in. Meanwhile, the city welcomes 2,000 new businesses every year.

The space has seven private offices available for rent, each of which can fit one to three employees. It’s 2,600 square feet in total, which also includes a ‘big room’ with rows of individual desks and tables for 20 people and six permanent desks with filing cabinets. Additionally, there’s a board room for meeting with clients.

Photo by The Peak

Canadians Trump Americans When it Comes to Brand Loyalty

At  the DX3 2013 Conference back in March I listened to a talk by Shop.ca‘s Drew Green talk about how the company’s success in…