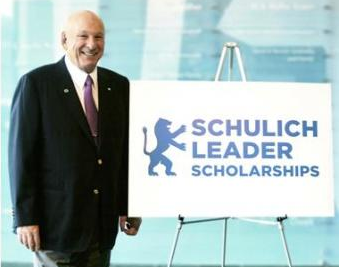 Forty young Canadians are heading into their first year of university with a large financial boost, after Schulich Leader Scholarships announced the winners of what will be the largest ever STEM scholarships in Canada.

“We are creating the next generation of technology innovators,” said Schulich. “A scholarship of this size will motivate high school students from across the country to pursue their dream and in the process help to ensure our country’s economic competitiveness.”

This year there were 1,147 Schulich Leader Nominees competing for the 40 awards. To date, the scholarship has impacted 120 students from across Canada by distributing more than $7.6 million to Canadian students.

A release said that the $100 million endowment fund is “creating the next generation of technology innovators in Canada and Israel.” Schulich Leader Scholarships are fully funded by The Schulich Foundation.  The administration of the program is a function of the Jewish Foundation of UJA Federation of Greater Toronto.

Senso, which provides financial institutions with predictive intelligence through AI, has raised a $4 million CAD ($3 million USD) funding round. The equity round,…