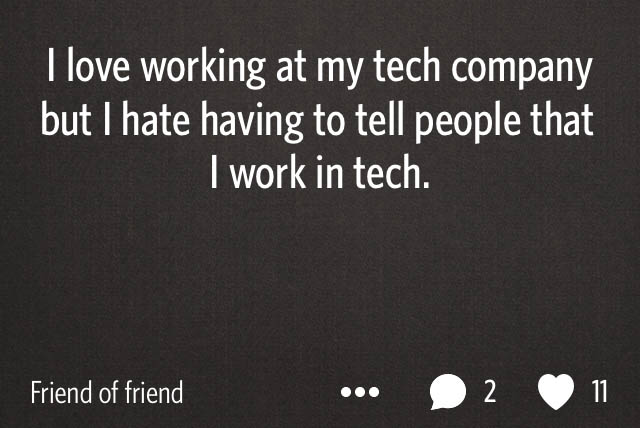 Secret, the app that’s stirred up so much controversy via its ability to allow anyone to post completely anonymous rumours, has expanded worldwide as well as on Android.

Previously the app was only available to users in the United States, and on iOS only. It only gradually became available to other countries like Canada, Australia, New Zealand, Ireland, and the U.K.

Android users will get exclusive access to a new, dual-feed design for the platform. The “Friend” feed will populate based on Secret’s regular contacts-based algorithm, as GigaOm reported, while “Explore” will allow users to explore Secret’s global firehose similar to competitors like Whisper.

Secret isn’t quite “completely” anonymous, since it takes the people in a user’s address book and reveals “friends” and “friends of friends'” posts on the user’s feed.

Now users on secret can see the amount of friends that are on secret, instead of previously where they were alerted on certain milestones.

The new launch on Android comes six weeks after a former Twitter mobile engineer, joined Secret to lead development on the platform.

Anonymous sharing apps like Secret and Whisper seemed to pop up out of nowhere about six months ago. Whisper, another rumour mill app, announced that it raised $36 million in funding two days ago, also adding an update to its app to help people find posts closer to their location and interests.

Secret in particular has already been home to some juicy rumours, some of which end up being true, others not so much. Even in Canada, the startup community has witnessed a few juicy posts calling out institutions. Our general stance on such apps is that they’re probably not worth reading if an author can’t put their name on what they wrote. Nevertheless, in certain instances it might warrant more formal research to see if there’s anything there.

Recently Montreal’s FounderFuel accelerator program graduated its fifth cohort of startups, including another anonymous app called Truth, which takes all the contacts in a person’s address book on iOS and allows them to anonymously message them. Cofounder Ali Saheli told us amid conerns that apps like these will be used for bullying that Saheli told us in an interview that the app has been used mainly for flirting between high school and university-aged people.

The Summer Institute, an accelerator operated by the University of New Brunswick’s J Herbert Smith Centre for Technology Management & Entrepreneurship, is now accepting…