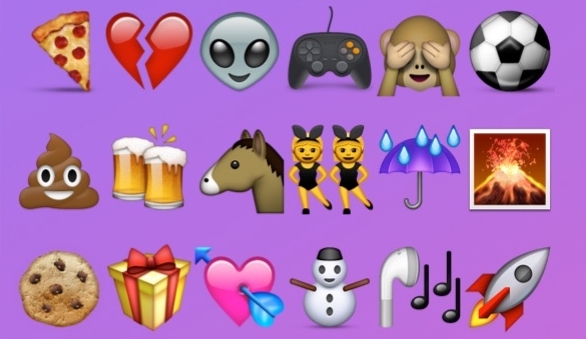 What would happen if you could join the opposite of Facebook: something private, messy and honest; a community of people where you could ask questions and talk about anything, anonymously? The founders of Sam:) want you to find out.

Launched last night at TechTO, the new Sam:) app aims to create a positive community of people, where they can get help, kill time, and talk about anything.

“We want to build an app focused on making people’s lives better, making people happier,” Jonathan Keebler, co-founder of Sam:) told BetaKit. “What we see right now is big companies measuring their worth by how effectively they advertise to you. So we started building a platform that gets to know you a bit and helps you choose things you might want to do. If you haven’t seen your friend in a while, maybe you want to reach out to your friends, discover a good place to go for a drink tonight, or what’s going on in Toronto this afternoon? If we created a community of people, where they could totally anonymously ask those questions, what would happen?”

Keebler and Matt McCausland, known best as the forces behind ScribbleLive, started Sam:) to make something that makes people happy. True to their lean startup roots, they tested the idea first with a simple SMS number. People could text and ask questions, connect with random people who would respond and interact with others.

“It took on a life of its own. We saw people using it for all kinds of things: people meeting each other, a huge amount of people who were sad or bored, and just wanted to talk to someone,” said Keebler. “Yes, they have every other social network, but we found that total anonymity made people more human. We had very few incidents of idiocy and about half a million messages in a month. That spurred us to go and create a mobile app on iOS, and Android will follow.”

Jason Goldlist and Alex Norman, organizers of TechTO welcomed Sam:) as their first hands-on product demo: “We’re really happy to have Sam:) as our first TechTO Hack of the Month, where our community shares their work-in-progress and we focus on the technology, not the business,” Goldlist told BetaKit. “You can ask anything, but there’s just one rule: no questions about the business model!”

Inspired by Humans of New York, Sam:) aims to be a really positive, supportive space for communities to thrive and have conversations on a whim. Maybe a teenager is having a problem at school and they just want to talk to someone about it. Sam:) wants to be the app they reach for, an app where people will connect with people.

Sam:) plans to use big data to analyze the people that you like talking to more. The app will have algorithms to figure out who the best person is to match its users with. Once you add people to your favourites, Sam:) will look to add smart assumptions about things you can do together, be it a coffee or a lunch, based on the time of day and your location, according to Keebler.

“We’re trying to figure out the best way to connect people with people,” he said. “It’ll be based on the topics you’re interested in. If you join through the TechTO topic, we’ll know a little about you based on that. If you join a topic about a particular high school, we’ll know a bit about you as well. That knowledge, used behind the scenes will go far to make your experience better.”

At TechTO last night, the biggest event yet with well over 500 people in attendance got an exclusive Sam:) demo and played with the app via SMS, finding themselves deep in conversations about eggplants, like Ted Graham, PwC Innovation Lead, who tweeted this screenshot. The app connects users with people contextually, and trolls get banned – without even realizing it, because the app has them speak with bots until they simply give up.

“We’re trying to innovate. There are other apps that do random anonymous chats, like Chatroulette, but none of them are serious about fostering a positive community. If you go in and try to start a conversation, it’s an underworld, clearly flooded with bots,” McCausland told BetaKit. “We can do better.”

Companies are increasingly turning to social channels for advertising opportunities, as audiences plug in and spend the bulk of their time interacting with media…