Every year, the team at Sampford Advisors surveys tech CEOs from across Canada with regards to how constructive the business environment is, and their views on opportunities and challenges for the year ahead. For the 2018 survey, 138 technology CEOs responded, with some interesting trends highlighted as indicated below.

Firstly, lets start with a picture of the types of CEOs who were responding. Most respondents were from Ontario (85 percent) with the remainder being made up of companies in most of the other provinces and territories. As for the number of employees at each company, about half of the CEOs that responded ran companies with between 10 and 50 employees, and another 40 percent were greater than 50 employees – so we would say this is a pretty representative sample of Canadian tech companies.

In terms of the macro economic environment, in general, CEOs are bullish with 52 percent saying that the Canadian economy will be about the same in 2018 as it was in 2017, and 40 percent indicating they thought the Canadian economy would be stronger in 2018. With regards to the CEOs’ own markets, a whopping 73 percent of CEOs thought that their markets in 2018 would be stronger than they were in 2017, and most of the remainder thought they would be about the same the previous year.

In terms of financial performance, many of Canada’s tech companies had a very strong 2017 and more expect the trend to continue in 2018. Nearly 82 percent of CEOs said that their revenues were up in 2017 vs. the prior year, and only two percent said their revenues were down for the year. In terms of 2018, 95 percent of CEOs think their revenues will be up again in 2018. We think it is extremely encouraging that so many CEOs had a great 2017, and expect this trend to continue into 2018. It’s a very good sign for the health of the Canadian tech market.

In terms of where this growth is coming from, nearly 60 percent of CEOs indicated that it would come from going deeper with existing customers and the introduction of new products. Forty percent of respondents indicated it was coming from new geographies and 15 percent indicated that acquisitions would play a role in their revenue expansion.

In terms of disruption to their businesses, most of the CEOs surveyed believe it will come from several areas including product innovation (54 percent), followed by new entrants (35 percent), sector convergence (17 percent) and big tech (17 percent). This demonstrates the need for Canadian tech companies to continue to innovate to keep big tech and new entrants at bay.

In terms of the biggest operational issues that CEOs face, recruiting talent continues to dominate with 53 percent of respondents indicating this was a problem. Interestingly enough, customer acquisition was the second highest concern coming in at 46 percent; this likely indicates crowded end markets and increased competition, making it harder and costlier to acquire customers. Other issues included fundraising at 18 percent, which is not surprising either given the slow down in VC funding that we have witnessed over the last couple of years, especially at the seed and Series A stages.

Lastly, the capital raising environment is likely to continue to be crowded, with over 45 percent of CEOs indicating they will raise capital in the next 12 months and 60 percent within the next two years. With VC funding continuing to contract, especially at the early stages, that will likely lead to increased challenges for many CEOs. As such, we would recommend to any company looking to raise capital that they begin hitting the market early by establishing a solid dialogue with the likely investors ahead of time so they have plenty of cash runway to get them through until their next funding.

While there will likely be challenges faced by many Canadian tech companies over the next 12 months, there is also a lot to feel extremely encouraged by and it feels like 2018 will be a very strong year for the sector in general. 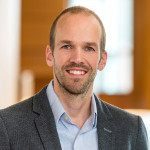 Ed Bryant is President and CEO of Sampford Advisors, an M&A advisory firm for Canadian technology companies with offices in Ottawa and Toronto. Ed has over 20 years of experience, including over 18 years in investment banking with Deutsche Bank, Morgan Stanley, and Sampford in Hong Kong, Singapore, New York, and now Canada. In that time, he has raised in excess of $20 billion in equity and debt capital and completed over $10 billion in M&A transactions.