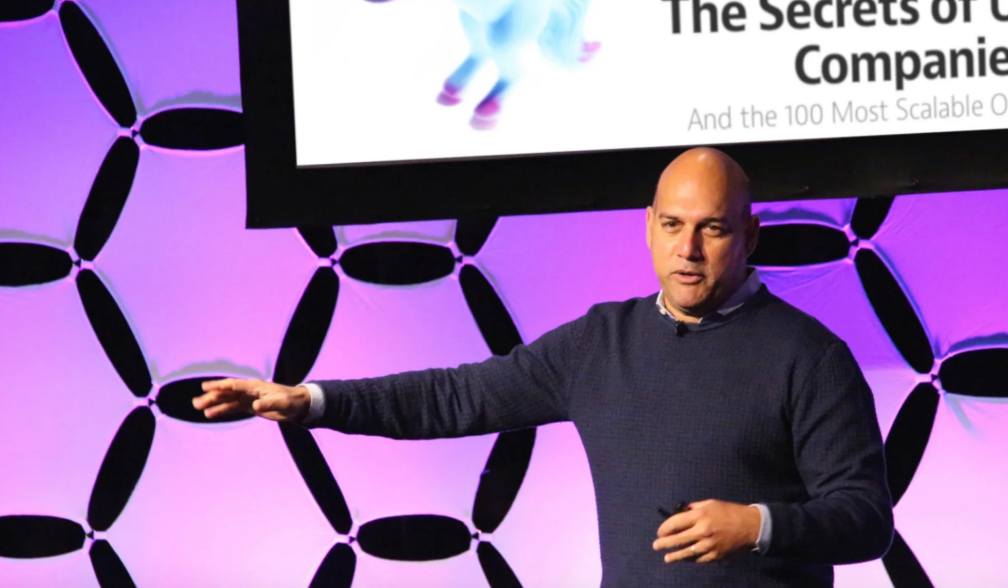 Silicon Valley North starts now, according to one of its icons, who has voted with his feet following the US election.

Salim Ismail is founding executive director of Silicon Valley’s Singularity University, co-author of best-selling book Exponential Organizations, former Yahoo executive, and serial startup entrepreneur, who sold his most recent company to Google. His new mission is to spread innovation culture across the globe via ExO Works. His recent TedX talk in Toronto was titled How to fix civilization, which Ismail calls “a nice, niche topic.”

Ismail, who was born in 1965 in Hyderabad, India, is Canadian. He graduated from the University of Waterloo in 1989.

Ismail connected the election to the digital shift, which has caused information overload, and with that, a truth deficit. “We invented our system of democracy when information was scarce; the speed of a horse was the fastest you could hear about anything. It doesn’t work with a glut of information. Every big democracy is breaking over this issue. India. Brazil. The UK,” said Ismail. “The US is breaking in front of our eyes. The biggest lie that Trump told was that jobs were lost because of government policy. The truth is jobs were lost because of innovation and capitalism. Being protectionist is not going to bring jobs back. It’s just going to lower competitiveness.”

Turning to the future, Ismail commented on what this means for Canada. “The world’s major countries, including the US, will not be economic, moral, or intellectual leaders. They’re stuck ironing out their internal messes. It falls to smaller countries to have forward vision,” he said. “Canada is a microcosm of plurality, acceptance, practical thinking, with a leader who embodies leadership. We can be a beacon for what’s possible, in a way the US will not be, for at least a decade.”

He then revealed five ways Canada can be a leader:

“I don’t see this as an opportunity. It’s an obligation. Canadians are the luckiest people on earth. When you find yourself in this position, you have an obligation to create that opportunity for others.”

2. Ismail has voted with his two feet

Then came his news: “obligation” just got personal. Ismail has just moved home to Toronto. His reason is simple: “I cannot operate in the U.S. and try to change the planet. I can from Canada.”

Ismail has three items on his Canada wish list — or as it would be called in Exponential Organizations, Massive Transformative Purposes (MTP’s):

With leadership stuck thinking about an “incremental, predictable world,” Ismail plans to tap into overflow demand for Singularity University, and establish one here. This made sense, when he mentioned that Canadian media icon, Moses Znaimer, wrote the first cheque to Singularity University: “He came to the founding conference, stood up and said, ‘I’m putting in the first $100,000.’ ”

Ismail aims to fix cities with disruptive innovation — and equally important, wants to suppress resistance to disruption. “We run a 10-week process and move thinking ahead two years. At the same time, we figure out how to block the organization’s immune system from fighting change.”

The protocol is being tested in Medellin, Colombia, which had a seemingly intractable transportation problem (getting over a mountain to the airport), being solved with new technologies (passenger-carrying drones), at 1/10th the cost of the proposed solution (a $20 billion tunnel).

Ismail has his sight on fixing Toronto traffic gridlock. “You cannot just update an existing system. But we can have a discussion on how to transport Toronto into the 22nd century. Autonomous cars. Flying drones. Hyperloops. You run tests. If it works, you scale it.”

Ismail wants to “set Canada up for the leadership role that it should be in,” and connected this to Prime Minister Trudeau’s mission to rebrand Canada from resources to resourcefulness.

“It only requires a mindset shift,” Ismail said, noting a ticking clock. “We’ve become wealthy off resources, but they will be devalued. You have to move to a services-based, entrepreneurship-driven, innovation-driven economy. Canada has about ten years to do that before the rest of the world will leapfrog past us.”

The #WaterlooRegion corridor is a “phenomenal innovation corridor — people are not thinking big enough. I see incremental, small ideas. I don’t see game-changing products and services.”

Investment must support the goal. “We need to make it easier for people to raise money. Canadian VCs don’t actually venture the capital. They act like banks. I’ve asked them, ‘where’s the V in your C? Where’s the risk that you’re taking?”

Could relocation be catching on? Other Silicon Valley Canadians, who also work at Singularity University, include autonomous car guru Brad Templeton and data whiz Kathryn Myronuk, a CNN 2015 Top 5 Tech Hero To Watch.

If the US election helped confirm the homeward bound plans, let’s make sure the Ismails get a warm welcome.

Slack has announced that it plans to go public on June 20, and has also disclosed its estimated preliminary financial results for Q1 of…