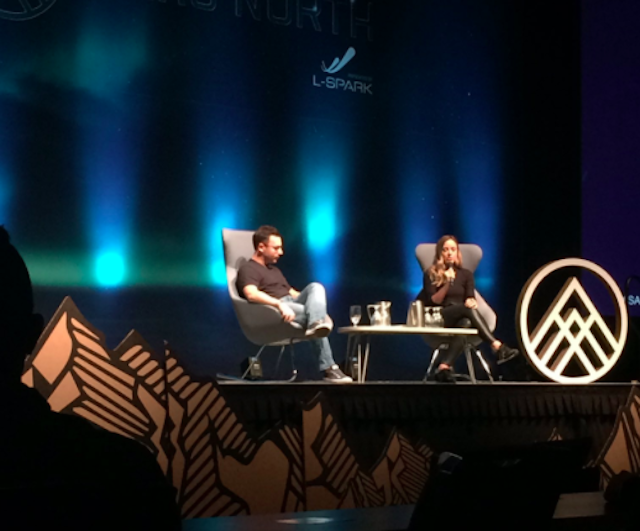 At the second annual SaaS North conference in Ottawa, hundreds of SaaS founders, investors, and executives gathered to examine the state of SaaS in Canada.

Attendees had the opportunity to learn about sales, marketing, and funding, as well as make connections with SaaS leaders to get insight on scaling their businesses.

“[SaaS North] brings out a capability that we didn’t even know existed. Every company involved, both small and big, becomes better. This is our second year. We have grown. We have more exhibitors, attendees, and buzz,” said Leo Lax, managing director of SaaS accelerator L-Spark. “I think that really testifies to the fact that in this industry, sharing knowledge and information is the way we do business. I think this conference is really all about that.”

How AI and big data can change the SaaS landscape

While SaaS North presented a range of topics including growing a SaaS business, building culture within a startup, and customer acquisition, this year’s conference also focused heavily on artificial intelligence.

In a breakout session moderated by BetaKit news editor Jessica Galang, David Lennie, senior vice-president of data and analytics at Shopify, discussed how SaaS companies can implement AI into their products and services.

Lennie stressed that the value of AI does not rest solely in the power of algorithms, but also in the data companies have. He cautioned, however, that companies should understand how they want to use data before diving into building AI-powered solutions.

“You see people that are so focused on the technology that they lose sight of actually using it to build their business.”
– David Lennie, SVP of data and analytics at Shopify

“Everyone often gets too focused on the technology of it all. It’s so much more important to begin with the problem,” said Lennie. “Find a problem that is important to you and your business, for your customers, for your audience, that you want to solve. I’ve seen too many [companies] spend a lot of time trying to get all the data first and they have no idea why they’re doing it. You see people that are so focused on the technology that they lose sight of actually using it to build their business. Start with a business problem and build your data foundation and then just keep doing that, one problem at a time.”

For enterprises that are working with legacy infrastructures but still want to implement AI, Lennie said companies shouldn’t assume they need the “fanciest technology” to build valuable products. Instead, he suggested using existing tools, and then turning to tools like AI and machine learning if it helps improve companies’ products.

But for startups that may not have any internal data points to build out AI solutions, Lennie said it’s important to begin collecting data and connect with other startups that already have data.

“This really is a key problem. One of the things that you really need for any of these data applications is data. The more, the better,” said Lennie. “If you’re just starting out, you have this problem. How do you build these applications with none of the data? It might help to even talk to some of the legacy companies…They have a lot of data but no understanding of how to go work with that. So maybe you can do that work for them and in exchange give some of that data.”

"Culture is what people do when no one is watching them. We find them by hiring entrepreneurs and encourage them to open their own online stores. They understand what our merchants are going through and feel!" – @harleyf from @Shopify 👌🏽💯 pic.twitter.com/ndNgU5cEhg

On how SaaS startups can embrace AI, Lax also had a few words of advice.

“SaaS is not a product. It’s a business model…a way in which a company engages with their customers and, it is a unique way of a company engaging with customers,” said Lax. “That business model started primarily in the business-to-business areas in places like customer relations, sales, automation, and it’s now permeating more and more other elements of the market. So AI is an amazing tool that provides value to a wide variety of different industries.”

Lax added that AI solutions can help SaaS companies better respond to customers. “In a business model that, by its definition, has to be responsive constantly to customers’ view of the world, what better tool than AI that can always monitor, assess, review, and then recommend and maybe even do better than that? AI is a natural tool for getting SaaS companies better and better.”

To show how Canada’s SaaS ecosystem has evolved in the past year, L-Spark also released a report that coincided with the conference. The report provided an overview of funding into the Canadian SaaS sector in 2017, with highlights of acquisitions and exits, funding rounds, and a lists notable SaaS companies that moved to Canada this year.

“We are getting to a point where we are building large sustainable companies that are not only innovating but actually delivering value to global customers on a regular basis.”

The report, titled “State of SaaS 2017,” indicated that in 2017, SaaS companies with tech like chatbots and AI came in second in the deal market, while marketing and sales companies took home the most funding. It also revealed that investors actively investing in Canadian SaaS companies include 500 Startups, Portag3 Ventures, OMERS Ventures, iNovia, BDC Capital, and MaRS.

When it comes to SaaS funding, the report found that there was $1.02 billion invested in Canadian SaaS companies in the past year.

“If you talk to everybody, five or six years ago, they would have said that companies in this segment of the market are unknown. They were risky. But now, [SaaS] has started to gain traction because we see that people want to consume and use software,” said Lax, highlighting companies like Real Matters and Tulip, which made significant strides in 2017. “This is now an indication that we are starting to mature. We are getting to a point where we are building large sustainable companies that are not only innovating but actually delivering value to global customers on a regular basis.”

Overall, when it comes to the state of SaaS in Canada, Lax said that Canadian startups are building a confidence that will help them build out successful SaaS-based solutions and put Canada’s SaaS ecosystem on the map.

“We see a new confidence in the entrepreneurs, in the medium-sized companies, and in the larger companies to take on the challenges of growing their business rapidly,” said Lax. “The fact that many of them are now getting funding from large institutional investors in their later rounds…or receiving validations through their initial public offerings, is an indication now that their entire business model is starting to have more credibility.”

When building a startup, entrepreneurs are likely to turn to successful companies for advice. But speaking at TechToronto, SlimCut Media co-founder and CEO Damien…