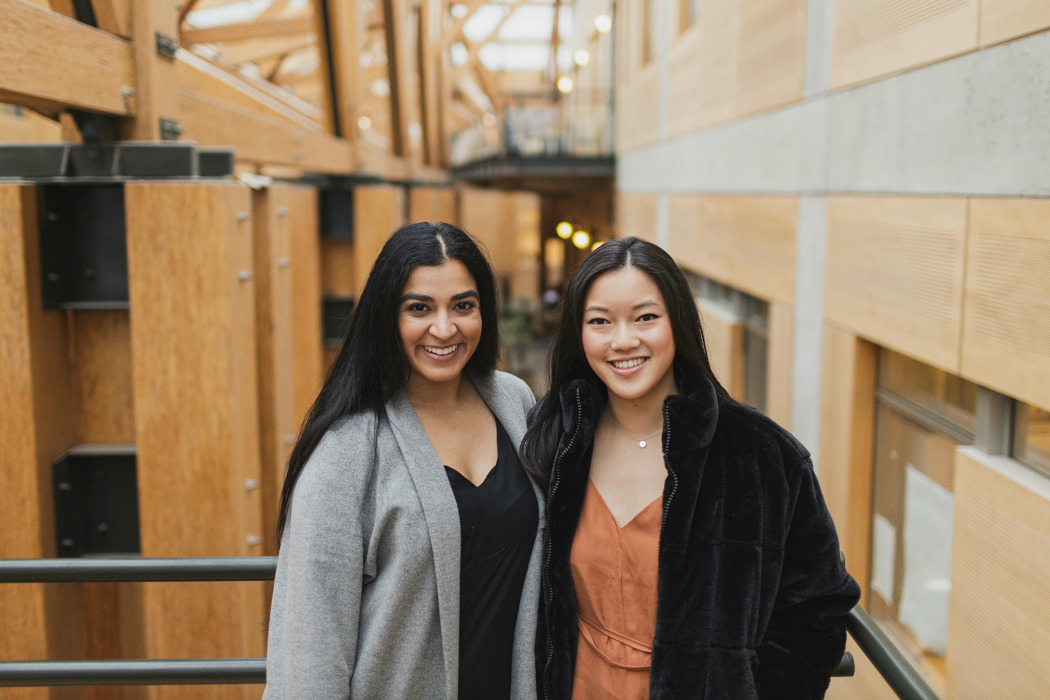 Less than two years after launching its platform, FLIK has been acquired by fellow Vancouver-based firm Rumor Avenue in a deal FLIK’s founders say will help address the bottleneck to its growth: product development.

Short for the Female Laboratory of Innovative Knowledge, FLIK is a social enterprise that connects female founders and aspiring talent for mentorship and apprenticeship opportunities. FLIK’s platform, which it first launched in January 2020, has seen significant growth over the past year.

“We became a place where female founders could still be supported, and where ambitious female talent could still find opportunities.”
-Ravina Anand, FLIK

FLIK was co-founded in 2019 by CEO Michelle Kwok and COO Ravina Anand, who met while participating in Toronto entrepreneurship program Next 36.

“It was the first time that we were pretty much the only women in the room,” Kwok told BetaKit in an exclusive interview. “And every time we would try to find mentors or reach out to founders, there just weren’t that many female founders that we had access to.”

Kwok and Anand initially launched FLIK as a “passion project.” The startup began as a media company that served as a means for sharing stories about female founders from around the world through interviews.

“It was a great way for us to also share the stories of female founders and leaders from around the world … and share these stories online [with] young women who otherwise wouldn’t have had these role models to look up to,” said Kwok.

Anand told BetaKit a common theme emerged from these interviews: “All of those female founders were discussing how they didn’t have role models necessarily growing up, how they wanted to give back and inspire the next generation of female entrepreneurs.”

At the same time, FLIK started getting messages from young women who wanted to meet and work for the founders it was profiling.

As a result, FLIK switched its focus to building relationships between female founders and ambitious female talent through its online platform, which launched in January 2020 to positive initial feedback.

When COVID-19 hit, FLIK saw a major increase in demand for its offering as summer job opportunities disappeared, and female founders were hit hard by the pandemic and pulled back into the home.

“We became a place where female founders could still be supported, and where ambitious female talent could still find opportunities … regardless of where they were in the world,” said Anand.

Since then, FLIK has grown to serve over 10,000 community members from across 70 countries. Demand for its platform has increased so much that FLIK has encountered a bottleneck on the product side that Kwok and Anand weren’t capable of addressing as non-technical founders.

Enter Rumor Avenue, a Vancouver-based product studio that buys, builds and scales tech companies. For FLIK, which had bootstrapped up to this point, and said it had a few acquisition offers on the table, Rumor Avenue was a natural choice as FLIK had already been working with its founder, Navroop Sehmi as an advisor, and Rumor Avenue had the experience and expertise to help it achieve its product development goals.

“For me it was, it was an amazing opportunity,” Sehmi told BetaKit. “There was a certain bottleneck that [FLIK] had in terms of needing additional product dev help to scale to that level, and we’ve done that before.”

The financial terms of the acquisition were not disclosed. As part of the deal, Kwok and Anand will be joining Rumor Avenue alongside their CTO, Jeremy Becker. Kwok will become a strategy and partnerships partner with FLIK and part-time chief of staff for Rumor Avenue; Anand will serve as business development and operations partner; and Becker will become business development and technical partner.

Rumor Avenue plans to integrate FLIK and its community into other startups and products it works with. According to FLIK, the deal will give the company the resources it needs to accelerate its product timeline, scale its operations and community management, and expand its vision.

“I think the biggest thing for us was the team’s synergy, which was amazing, the platform they built, the database of people that were on it, the quality of candidates, and I think, more than anything, the opportunity where we knew we’d be an ideal fit, because we have the toolkit internally to help with building a lot of different things that they’re trying to do,” said Sehmi.