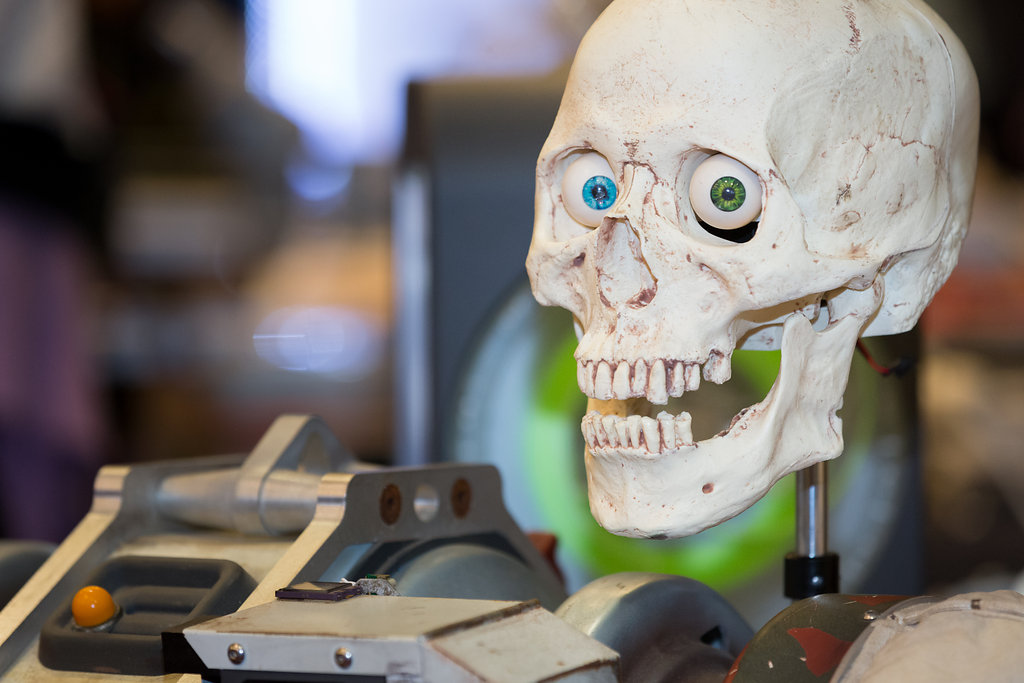 Walking into the Toronto Mini Maker Faire at the reference library this weekend, I was immediately greeted by two things: children having their photos taken with working astromech droids, and children racing home-made boats in the library’s water display.

Stumbling into an event entirely dedicated to the types of zany experiments I dreamed of performing as a young boy in Northern Ontario, my adult self felt a small pang of jealousy. But slowly, as I began to walk through the packed booths filled with curious children, my own inner child woke up, and I just wanted to play.

Speaking with event organizer Jen Dodd, I learned that I had no reason to feel conflicted. “We really don’t believe much in the distinction between kids and adults,” she said. “We really think of everybody as being excited to do awesome stuff. The critical thing is that you want to make something.”

If you weren’t one of the 11,000 parents and children who attended the two-day event, there’s not much I can really tell you about Mini Maker Faire that’s worthwhile. But thanks to the wonderful folks at Five by Five photography, I can show you. Enjoy.

Over the past week, two Canadian tech companies announced key additions to their teams. Here’s the latest update on who’s where and why in…