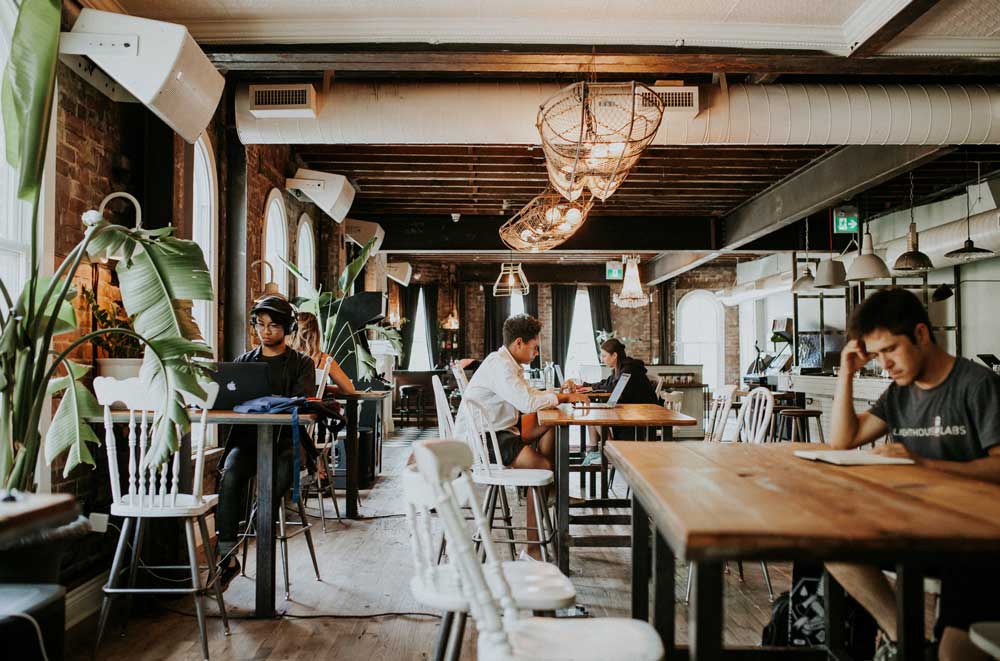 As David King will tell you, entrepreneurship and promoting have more in common than one might think — the former promoter, who once organized Toronto’s biggest Wednesday night dubstep party and an annual St. Patrick’s Day event, learned early on how to build a clientele without having an office, as well as the value of community.

“I’ve always worked for myself other than a few periods of time, and I’ve generally never bought into notion that you need an office to get work done. I generally believe that community is one of the most valuable things when it comes to succeeding at what you want to do — whether it’s building a company or being a musician. There’s lots of similarities in terms of being surrounded by great people and meeting the right people.”

That idea of community was the impetus for King to found RNDMWRK, which wants to leverage the time that many restaurants and bars may not be open — between 9 a.m. to 5 p.m. While restaurants can pocket some extra cash to go towards their overhead, freelancers get the chance to work in unique workspaces. Currently, the platform only has one space in Toronto, with planned launches in Leslieville and Chinatown in the city this week.

Freelancers can sign up for $150 month-to-month, $100 to sign up for three months or more, and $600 upfront for the year. The company is also offering team rates for small teams that aren’t ready to move into the office.

“Freelancers are very cost-sensitive, and we’re about 50 percent cheaper than a coworking space if you’re looking at non dedicated option,” said King. “Most coworking spaces have a dedicated desk and have a lounge area that they can access for $200 a month and the primary focus is for lounge members who are better paying tenants. We’re focused on the person who doesn’t want a dedicated office.”

Drawing from his past experience of bringing people together, King also wants to bring value to RNDMWRK members by encouraging them to share expertise through regular events. He’s already hosted an event featuring Sheraz Amin, an account manager at Twitter Canada, and Josephine Cruz, a contributor at HypeBeast.

“One of the things that we’ll be doing a lot for the community events for the community by the community, since members have different points of expertise,” said King. “What I’m hoping to do is allow people in the community is to say, ‘I want to do a presentation about how people can improve their marketing or work habits, and I’d like to offer that to the community and we can do it at an allocated time.”

Rob Kenedi talks with Kate Hiscox, founder of Venzee, a supply chain retail startup. Kate discusses her thoughts on her latest startup, getting into…