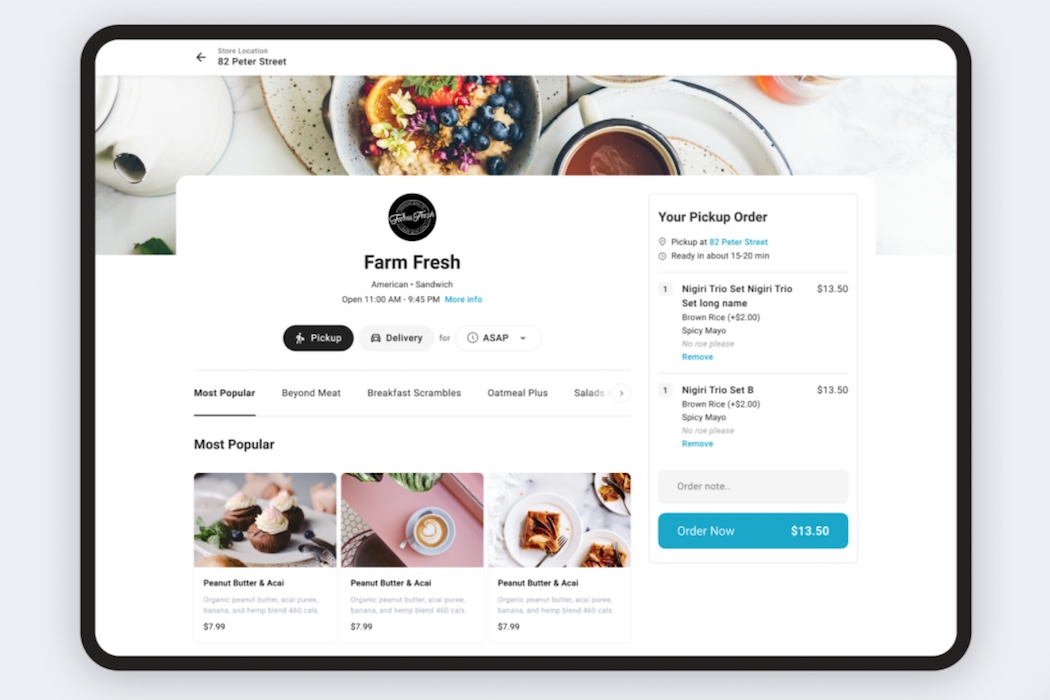 The startup raised the capital quietly over the past couple of months, according to reporting by The Globe and Mail. The publication also noted the raise is believed to come at a lower valuation than Ritual’s $90 million CAD Series C round led by Georgian Partners in 2018.

Since April, Ritual has built a new product that launched as part of a partnership with the City of Toronto earlier this month.

Ritual raised the capital after cutting its workforce in half in early April, as it looked to reduce operations due to the impact of COVID-19. Ritual co-founders Ray Reddy, Larry Stinson, and Robert Kim said in a public statement at the time that the startup had been heavily affected by the “devastating impact” COVID-19 was having on the restaurant industry.

Along with the layoffs, Ritual also ceased operations in Europe due to dwindling sales. The move came mere months after Ritual expanded into its first non-English markets, including Germany, the Netherlands, and Hong Kong.

Steve Leightell, a partner with Georgian Partners, told The Globe the financing was about more than simply funding Ritual so it could continue operations, but about innovating.

Since April, Ritual, which previously focused on pickup, has built a new product that launched as part of a partnership with the City of Toronto earlier this month.

The tool, called Ritual ONE, provides foodservice businesses, including restaurants, grocers, butchers, and bakeries with a way to accept digital orders from their own website and social media accounts, commission-free. Ritual ONE offers businesses the option for takeout or delivery, contactless ordering, and an automated loyalty program.

For the City of Toronto partnership, Ritual provided the tool for free to businesses that signed up before June 1. Currently, Ritual is running a promotion, offering a free lifetime subscription to Ritual ONE for restaurants that sign up by June 12.

Ritual is promoting the new product as a “commission-free online ordering” tool. This positions Ritual against other food delivery apps, which, amid COVID-19, are facing increased scrutiny due to their commission fee practices. Restaurants from across Canada have reported that third-party delivery services like Skip the Dishes and Door Dash have caused additional financial difficulty amid the pandemic. Ritual touts its current offering as a way to minimize the economic impact of the COVID-19 pandemic on the local economy.

Founded in 2014, Ritual raised more than $143 million CAD prior to the pandemic. The pickup app originally launched in Toronto, followed by the United States three years later. Also prior to the pandemic, Ritual had seen a growing number of competitors in the food pickup space, from Uber Eats, which began piloting its new “Pickup” service in Toronto last year, to Foodora (since exited Canada), and other order-ahead apps from retailers like McDonald’s and Starbucks.

Money talks – and when you’re doling out $100 million, you’ve presumably got a lot to say. Following up from a recent announcement of…