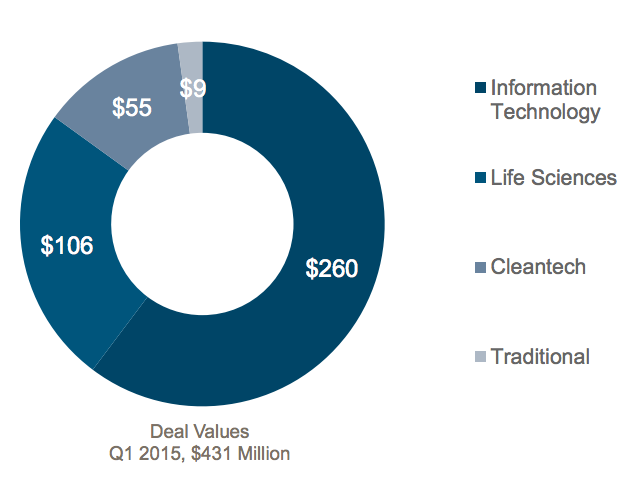 Thompson Reuters has just released a preliminary version of Q1 2015 VC and private equity report. While the complete and final version of the report will be published April 27th, Reuters is already stating that Q1 2015 was the best first quarter for venture capital investment in Canadian startups in eight years.

The preliminary results show that Canadian companies raised $431 million in VC funding in just 96 rounds of financing, the smallest amount of rounds in 5 years. VarageSale’s $34 million Series B round was the largest of the quarter.

While IT funding dominated the quarter, accounting for $260 million of the total deal value, Reuters reports that cleantech also had a strong showing, raising $55 million. Over the last six months, there have been 30 cleantech funding deals, an all-time high for the sector in Canada. Reuters also reports that Ontario companies accounted for $289 million of the total funding, ranking 6th overall amongst Canadian provinces and US states for the quarter.

Those interested in the preliminary version of the report can find it here.

Ottawa-based Versature, which builds VoIP solutions for businesses, has been acquired by New Jersey-based VoIP provider net2phone. “We are delighted to welcome Versature’s management…