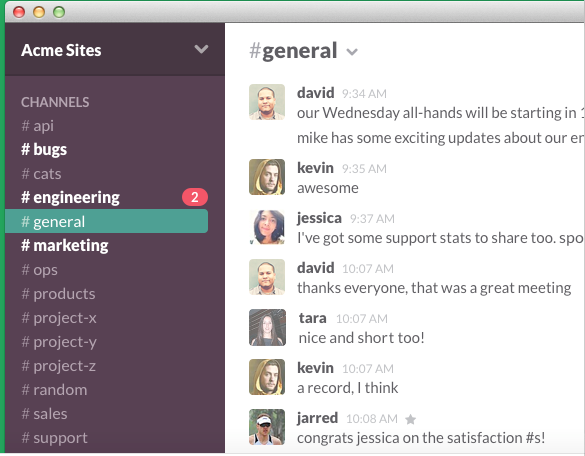 Slack is the Vancouver-born child of Stewart Butterfield, the Canadian entrepreneur who previously founded Flickr, which was later sold to Yahoo in 2005 for a reported $35 million. Slack was built by Tiny Speck, a Vancouver-based computer game startup founded in 2009. Most of the leadership at Tiny Speck came from Ludicorp, the company that built Flickr.

Anyways, according to Techcrunch, “Slack was born as a collaboration platform that lets users port in conversations and links to other work from dozens of other apps (including Dropbox, Google Docs, GitHub and Asana). The aim is to track progress on different projects in one platform; reducing email overload.”

Largely it seems like a platform that centralizes communication for teams, but through a few different ways. It calls its platform “communication for the 21st century”, and allows teams to communicate in “channels”, like messages, files & comments, inline images & video, rich link summaries and integration with Twitter, Dropbox & Google Drive.

Teams can also use Slack to search entire conversations within the platform to find any word or conversation. It also features support for both Apple & Google emoji styles. Notifications can be delivered via desktop, mobile push and email.

The search is finally over; Toronto has found its Chief Transformation Officer (CTO). Michael Kolm will be Toronto’s first-ever CTO and will report directly…