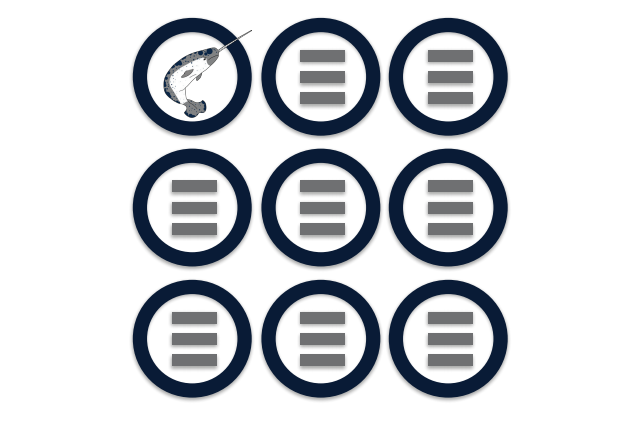 The Impact Centre at the University of Toronto has released a report that highlights Canada’s 50 most financially attractive tech companies.

To identify private Canadian firms with the potential to grow into unicorns, the Impact Centre looked at 1,100 private VC-funded Canadian businesses listed on CB Insights’ database as of Feb. 15, as well as the fundraising patterns of 97 private US companies identified as unicorns before 2017. The Centre notes that it invites reader feedback to report errors or omissions if the list appears incomplete or company statistics are incorrect.

The report, called The Narwhal List, examines a set of young Canadian companies that have the potential to become companies on the world stage. It points to possible financial pathways companies can take to turn into Narwhals, a reference to US unicorns (companies that have reached a valuation of $1 billion or above).

To conduct the report, the Centre looks at the financial attractiveness of Canadian tech companies and the rate at which these companies have raised and consumed capital by measuring their “Financial Velocity.” Financial Velocity refers to the amount of funding a firm has raised divided by the number of years it been in operation, expressed in millions of dollars per year.

“The transition to the Unicorn scale and possibly public listings may give our firms the ability to compete on their own merits and have the currency necessary in public stock to fund acquisitions throughout the world that will lead to greater scale and world-class status,” the report reads.

The report establishes that Narwhals Hootsuite and Kik Interactive are already unicorns (though Hootsuite’s unicorn status has been under question). While companies BlueRock Therapeutics and DalCor Pharmaceuticals are the closest contenders for becoming unicorns, the report says they would need to raise another $50 million each to reach that level.

The average company on the Narwhal List is almost eight years old and has raised $66 million of funding since its inception; the majority of companies are in the internet software services industry and headquartered in Toronto, followed by Vancouver, then Montreal. The report states that companies that want a significant share of global markets and unicorn status have to attract substantial financing.

“In the early stages, Canadian companies must accelerate their growth and their consumption of capital to earn the returns necessary to attract later-stage VC financing, particularly if they wish to reach and compete at the unicorn scale,” the report reads.

The report compares the Financial Velocity of selected Canadian and US companies over 10 years, suggesting a notable difference between the two countries in terms of capital raised. While only six out of 97 unicorns are below a velocity of $15 million per year, only eight Canadian Narwhals have velocities above this level.

Among the lowest-ranked US unicorns listed in the report, there are only 25 US unicorns with a Financial Velocity of $10 to $25 million per year. While there are 10 Narwhals in Canada that have raised an average of $107 million per company and have a Financial Velocity in that range, US unicorns have doubled that amount ($200 million per firm) in the same time period. The report suggests that based on these numbers, in order to turn 10 Narwhals into unicorns, they must each raise another $100 million at valuations that would qualify them for entry into the Unicorn club.

Overall, the Narwhal List provides an overview of companies that are pursuing a quick and aggressive growth trajectory and VC funds. “Although Canadian companies may not be perceived as attractive financial investments [as described in our last report], the Narwhal List points to an exciting set of Canadian businesses that have the potential to make the entry into the Unicorn Club,” the report reads. “The natural step from there would be a leap to public financial markets and continued growth resulting in globally competitive companies.”

This list comes just under a month after the Impact Centre released a report that suggested that relative to US firms, Canadian companies have slower growth rates, which makes them less appealing to potential investors.

Earlier this month, about 200 BlackBerry employees were laid off between the tech company’s Florida location and its Waterloo headquarters. It was the latest…