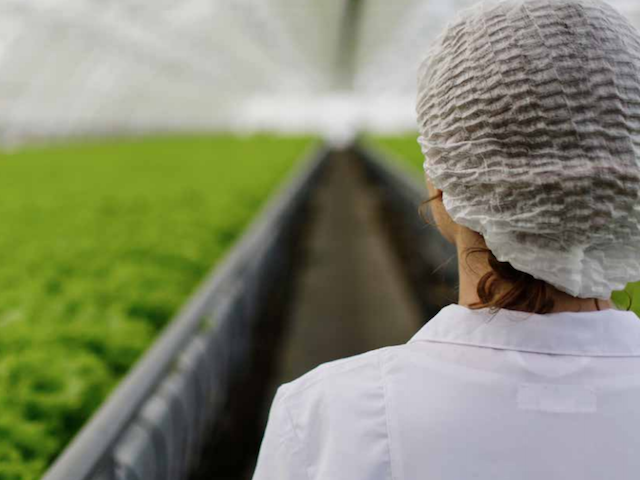 While some sectors in Canada — such as the financial or healthcare sectors — are generally keeping up-to-date on tech trends and innovation, others are falling behind.

A new report by the Agricultural Institute of Canada (AIC) finds that Canada’s agricultural industry needs to do a better job of innovating to remain competitive and meet growing demands.

The report, called An Overview of the Canadian Agricultural Innovation System, was based on a research project funded by the Canada Foundation for Innovation. The report looked at various factors related to Canada’s agricultural industry including where funding is coming from, how policies are developed, trends, human capital, and dissemination of agriculture research.

To provide an overview of Canada’s agriculture sector, the report highlighted that agriculture and agri-food generate $113.8 billion and one in every eight jobs in Canada (2.3 million jobs). Additionally, the report suggested that with Canada being the world’s fifth largest global exporter of agri-food products with sales of over $55 billion, innovating and investing in new technologies in the agriculture sector is critical.

“A rapidly-growing world population, rising income in developing countries, and favourable global market trends are expected to raise demand for agricultural products worldwide, contributing to an estimated annual growth of two percent in Canada’s agriculture trade by 2025,” the report reads. “Agricultural innovation is the key driver of economic growth in the sector, enabling greater competitiveness as well as opportunities to meet food security and sustainability goals in Canada and around the world.”

“Agricultural innovation is the key driver of economic growth in the sector.”

In the report, AIC pointed to reasons why the agricultural sector in Canada might be struggling to innovate. The report cited a lack of a common analytics platform and rural broadband difficulties as one reason, as this often prevents farmers and producers from realizing the full potential of large-scale research and innovation projects.

When it comes to the agriculture industry’s research capabilities, the report found that skilled labour shortages in Canada may also undermine the country’s research capacity. AIC’s report indicated that while the number of post-secondary agriculture graduates has had an annual average growth rate of 3.9 percent, these rates are “insufficient to meet the future demand for skilled labour.”

“Extension specialists and highly educated producers capable of understanding and transferring agricultural innovation are needed to ensure that research is adopted promptly on the ground,” the report reads.

According to AIC, another reason Canada’s agriculture sector may be falling behind in innovation is a decline in funding from Canada’s public and private sectors.

The report found that while public investments still represent the largest source of funding for Canada’s agriculture research and development, these investments have been steadily declining over the last three decades. Additionally, the private sector has either under-invested or decreased investments in R&D for the sector.

“Total expenditures by the federal and provincial ministries of agriculture in support of the agriculture and agri-food sector as a whole have gradually declined over the past decade,” the report reads. “The portion of this support going to producers has mostly been geared towards smoothing volatility and managing risk at the farm level rather than investing in variables affecting productivity growth such as the adoption of new technologies.”

“Total expenditures by the federal and provincial ministries of agriculture in support of the agriculture and agri-food sector as a whole have gradually declined over the past decade.”

Among these recommendations is the need for Canada to establish an inclusive demand-driven innovation system that is supported by a science-based policy framework, an enabling regulatory environment, and governance structures that promote technological progress, while encouraging the adoption of innovations at the farm level.

The report also recommends a combination of funding mechanisms that suit the needs of the agriculture sector, and an attractive climate for private investment in agriculture to increase the number of innovative companies that capitalize on the sector’s research capacity.

When it comes to the shortage of skilled labour, AIC recommends that guidance and career counselling information, investments in education through grants, scholarships and infrastructure, and Canada-wide strategies to help address human resource challenges in the sector would be ways to attract and build innovative talent for the agriculture sector.

“[These] key recommendations [are] designed to support agricultural research and innovation, make Canada more competitive, and support the idea that agriculture is an essential part of Canada’s future economic development.” said Serge Buy, CEO of AIC.