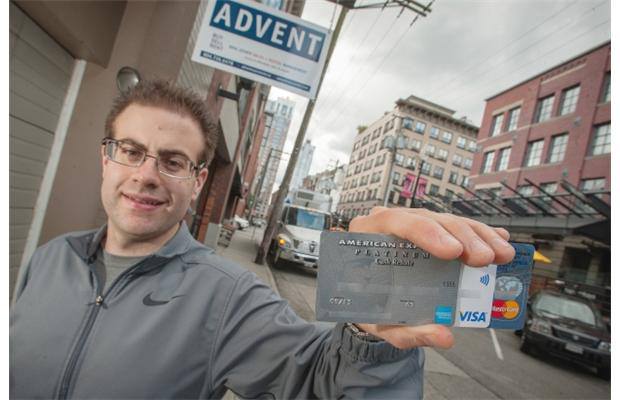 The payment industry is being disrupted by companies like Stripe and Payfirma, and the smartphone is becoming our wallet. Probably not since the introduction of credit and debit cards has the payment industry seen so much change.

And while paying for many everyday things is changing, getting easier and often rewarding, there’s one very significant monthly transaction that’s still largely stuck in paper. It’s rarely rewarding but it’s how individuals and businesses pay the rent.

Being paper free might be a pipe-dream. However, reducing our paper usage is realistic, and we can look to a day of being cheque free. According to Philipp Postrehovsky (co-founder and COO) “The Canadian government wants us reduce cheque usage by 80 percent by 2020. In 2016 it will stop issuing cheques itself. It costs approximately 82 cents to produce a cheque, while a direct deposit works out to only 13 cents to process.”

With Vancouver startup RentMoola though, the rent cheque is being rendered obsolete.

Being paper free might be a pipe-dream. However, reducing our paper usage is realistic, and we can look to a day of being cheque free. According to Philipp Postrehovsky (co-founder and COO) “The Canadian government wants us reduce cheque usage by 80 percent by 2020. In 2016 it will stop issuing cheques itself. It costs approximately 82 cents to produce a cheque, while a direct deposit works out to only 13 cents to process.”

For Postrehovsky one of the key reasons for starting RentMoola is the fact that “we’re finally making rent and condo fee payments paperless. There’s no need to write out 12 post dated rent cheques or fill in a pre-authorized debit form.”

RentMoola is a mobile and online payment network working in partnership with Visa,  MasterCard, Discover and American Express, allowing renters and condo owners to pay rent,  condo fees and other payments with their favourite rewards credit cards. Besides eliminating paper they’re removing friction from the process too. Because of credit card company processing fees, landlords simply don’t make paying rent by credit card an option. These extra costs by law can’t be passed along to tenants.

For North American property management companies it’s proving attractive to be a third-party service provider and offering zero fees. Postrehovsky says “the company fills a need for both landlords and renters by removing administrative and personnel costs around processing cheque or cash payments and providing a financial buffer for months when renters fall short.” Since their April launch RentMoola is expanding its client list that includes the likes of Advent Real Estate, Orr Development and Unique Accommodations, which manages hundreds of rental units in Metro Vancouver. They’re creating new opportunities in Toronto, and even signing up companies in the Texas commercial rental market.

The idea for RentMoola was sparked when Postrehovksy’s twin brother Patrick (CEO and cofounder) was living in Shanghai and having to pay his rent with cash. Figuring out he could buy foreign currency (not a cash advance) at the FOREX bureau at YVR ultimately earned him three round trip business class flights to NYC on Cathay Pacific. When he moved back to Vancouver realizing how many people still payed rent by cheque and that there was nothing rewarding about it, the twins decided to start testing their hypothesis.

They’ve since earned some key validation for the business by adding advisors and investors like Darren Stone, who founded Pay by Phone, and John Shannon, co-founder of Bill Be Later, which sold to PayPal for $1 billion. Steve Cadigan, the former VP of Talent at LinkedIn, is an advisor and investor as well.

Besides increasing one’s credit card rewards points, RentMoola offers additional perks through current partnerships with Uber, ZipCar, Spud, and Frank & Oak. There’s no question that consumers need to be aware of responsibly managing their credit card obligations. Piling up debt for rewards could prove to be a precarious balancing act at best. With this in mind Postrehovksy shares “we will soon be adding other payment options beside credit cards.”

Their mantra is a simply one and gets no argument from me, “writing cheques sucks!”