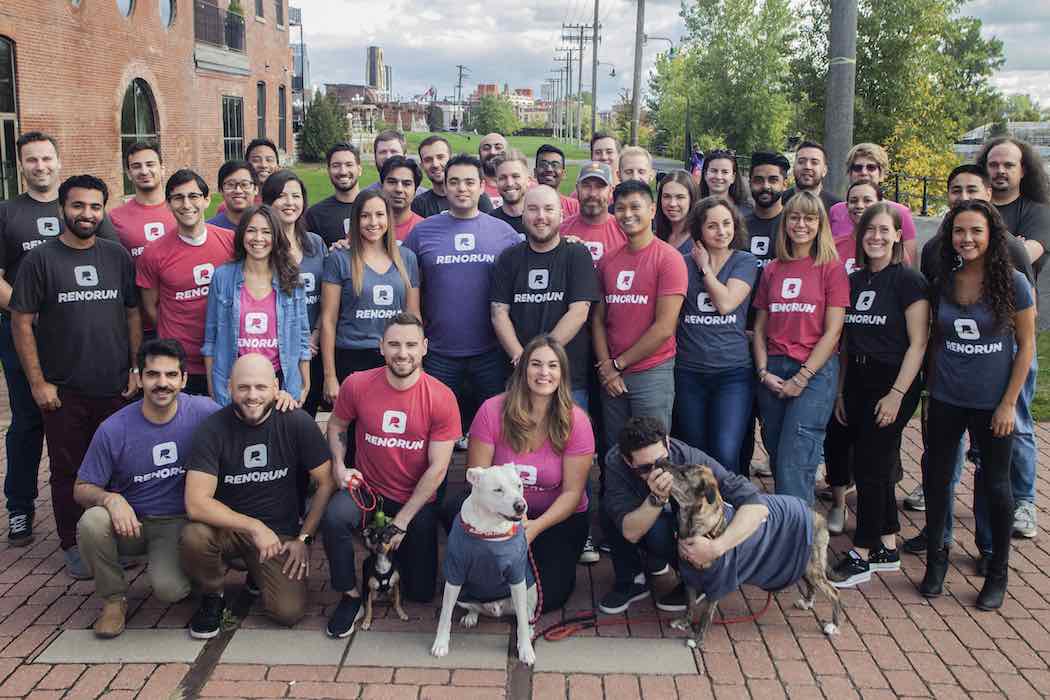 Construction-focused tech startup RenoRun has begun a broad rollout of its new payment model following the close earlier this month of its $22.5 million Series A round.

RenoRun is launching a premium delivery service in the form of a monthly subscription, that will allow the company to more easily work with and retain return customers. The Montreal-based startup claims to be the first construction delivery service tech company to offer this type of tiered payment model.

“I think we’re going to continue to stay at the front for a long time.”

For a monthly fee of $100 CAD (in Canada, and $100 USD in the US), RenoRun Pro customers will receive free same day deliveries, and the subscription model also cuts the rush delivery price in half, with the option to order two hours deliveries for half price.

The subscription model has already been in beta for two months, with Eamonn O’Rourke, CEO and founder of RenoRun, noting that it has been “wildly successful.” O’Rourke added that RenoRun saw customers ordering double digital deliveries a month, under the new model.

“We learnt that fees can be a hassle to manage at that volume,” he told BetaKit. “A low fee subscription service removes that pain. RenoRun Pro is a natural extension in our mission.”

The new service coincides with RenoRun’s launch earlier this year of scheduled deliveries instead of only offering the last-minute materials delivery model it launched with originally in 2017. The scheduling and delivery model are two of the focus areas that RenoRun plans to build out over the next 12 to 18 months, with the support of its Series A.

O’Rourke told BetaKit that RenoRun is building what it sees as a single-source digital operating system that construction companies can use to manage multiple vendors. The startup hopes to become, essentially, a one-stop-shop for construction companies and workers that need materials delivered directly to sites quickly and on time.

“We’ve got a very clear mission of what we’re doing and why we’re doing it,” O’Rourke told BetaKit. “The labour market for construction, it’s undergoing this incredible change, where for every one person in North America that decides to go and work in the construction industry, four leave. So there’s such a huge imbalance, which is really playing into the fact that more technology companies need to step up and figure out how they can help out construction companies.”

While there are other tech companies focus on delivering materials to construction sites, including Ottawa-based GoFor, which started up around the same time as RenoRun, O’Rourke sees RenoRun as being a market leader.

“We feel the way we approach the market is drastically different … I think we’re going to continue to stay at the front for a long time,” said O’Rourke. He told BetaKit that what sets the startup apart from its competitors is the team it has and is planning to build.

The CEO attributed the startup’s strong team to its approach of hiring one or two rounds ahead of itself. For example, with this current $22.5 million round, O’Rourke told BetaKit RenoRun is working to hire Series B level executives. “It’s expensive, but we’ve seen it work in the past with other technology companies,” he stated.

A large focus for raising the company’s Series A round was to build out what O’Rourke called a “world-class” management team. He noted that the startup had begun building its leadership team within the past few months and as soon as terms sheets were closed had begun bringing on new hires. In September, the startup brought on Christian Lavoie as RenoRun’s new vice president of engineering, who spent six years working in Silicon Valley as a senior tech lead for Google’s ads database, and co-founded his own tech startup in Montreal. Within the last few months RenoRun has also hired a new VP of marketing, head of sales operations, and general managers for Toronto and Montreal, with a general manager for Austin joining shortly.

Optimizing on its more than 300 percent customer growth in the past year, RenoRun plans to continue growing its team, and plans to expand into three or four new US cities within the next year, in addition to its current Toronto, Montreal, and Austin, Texas locations.

Ahh Q1- the fresh new beginnings of the year, when the snow melts and the Maple Leafs’ playoff hopes shatter before our very eyes….