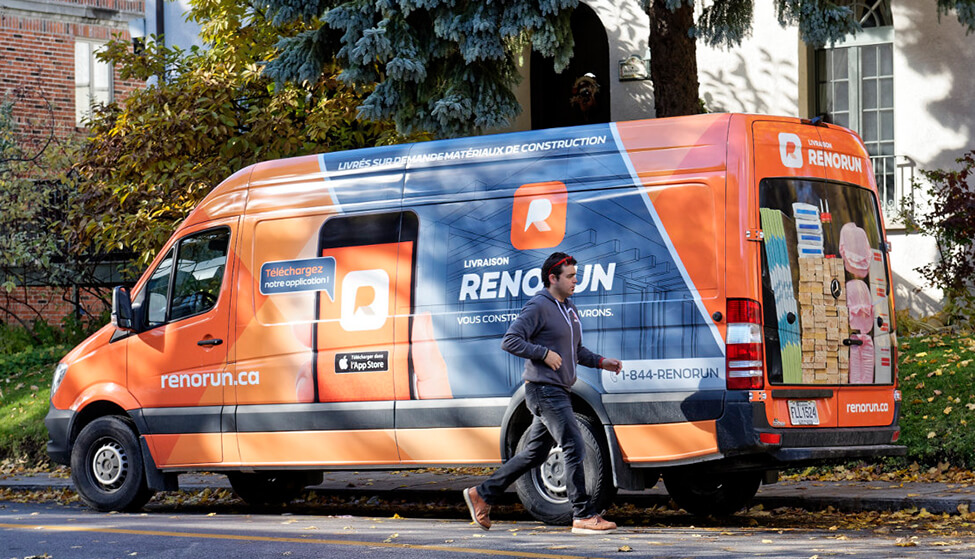 A short 13 months after closing its seed round, RenoRun, the Montreal startup that connects construction workers with on-demand materials, has closed its Series A round for a total of $22.5 million. The round includes venture capital equity, as well as a debt investment from Silicon Valley Bank.

Started in 2017 by a trio of co-founders with years of experience in the construction and renovation industry, RenoRun has been able to quickly garner interest from construction workers and investors, alike. Since closing its seed round of $3 million in Jully 2018, RenoRun has grown its team from 10 employees to more than 90 today.

RenoRun’s Series A was led by inovia Capital and US-based Obvious Ventures, with participation from return investors Real Ventures and ScaleUp Ventures, as well as new investors Maple Ventures, and Silicon Valley Bank, which provided an undisclosed debt investment. RenoRun told BetaKit that the majority of the Series A was equity.

Montreal-headquartered RenoRun, which also has offices and operates in Toronto and Austin, Texas, has created an app that helps contractors have materials delivered to construction and renovation sites. Building materials are able to be delivered in less than two hours, and the company recently added scheduled delivery as well.

The capital from the Series A will be used to help scale RenoRun’s business in each of the cities that it currently operates in, as well as help it expand into more US cities over the coming year.

During the past 12 months, RenoRun noted, it has seen more than 300 percent customer growth, in an industry that has seen an increasing demand for technology solutions. RenoRun is built to address the gap for contractors that often have to handle material deliveries from multiple suppliers, or face supply shortages on the job. The RenoRun app allows contractors to order necessary materials through the app and have them delivered by RenoRun.

Zerply Gets $600K to Jazz Up Professional Networking

500 Startups grad Zerply is announcing a seed funding round of $600,000 today to help it accelerate its efforts around modernizing the resumé. Zerply…