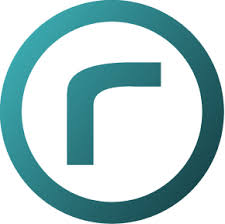 According to Les Affaires, the french language weekly newspaper, Montreal venture capital fund Real Ventures will announce its third fund “by the end of next week”.

It’s not entirely clear if the fund will be $100 million or a bit less, and all we know is that it will be “north of $50 million”.

The fund was launched six years ago and is one of the most active investors in seed-stage startups. In late 2013 the government of Canada recognized Real Ventures as a “high-performing fund” and awarded it $10 million through its Venture Capital Action Plan (VCAP). It funds the FounderFuel accelerator program, which has produced the largest portfolio of companies out of any Canadian program.

Back in January, PEHub gave some insightful background into what was originally Real Ventures, or “Montreal Start Up”. That was the first fund aimed to be a “test” to see if there was enough depth in the Montreal community to provide the guidance that a seed fund would. “The timing of Montréal Start Up was perfect,” said Stokes. “Silicon Valley’s Y Combinator was just getting underway, and Real Ventures perceived that opportunities were also possible for new Canadian web enterprises to get up-and-running at a faster pace and at less cost.”

That fund would go on to make 15 investments, including a well-known one into Montreal’s Beyond the Rack, the company that recently raised $25 million in November, bringing its total to $70 million in total capital raised.

Montreal Start Up morphed into Real Ventures in 2010, with the $50 million second fund as well as the creation of the FounderFuel accelerator program. That fund has resulted in 55 portfolio startups and well over 100 founders over three years, as well as the potential for up to $3 million to those that graduate to Series A money.

Stokes has pointed several times, both through the PEhub article this morning and one this past summer when Extreme Venture Partners shuttered, that Real Ventures would be actively targeting more than just Quebec in its investments. Its safe to assume with this new fund, however much it ends up being, that startups in Toronto, Vancouver, Calgary and several other Canadian locals will be receiving interest from the Montreal firm.

Shopify hosting Beyond The Code to encourage inclusivity in tech

When Anna Lambert moved into a recruitment role at Shopify in 2011, it was only expected that she would attend more and more conferences…