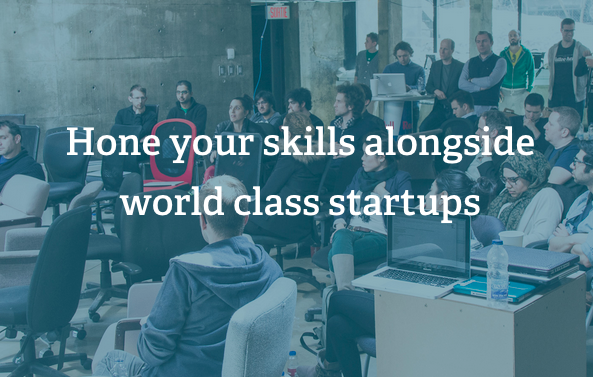 Real Ventures, the Montreal venture capital firm that recently announced the first close of a targeted $100 million fund, is launching a 10-week “fellowship” program for talented individuals in the startup space.

The parent company of the FounderFuel accelerator program said the program will initially only be available in Montreal and will launch June 9. The curriculum will include workshops on the ins and outs of building great products, lectures, private events, mentoring from industry veterans and hands on practice inside a leading Canadian startup. These include: Frank & Oak, BusBud, Lagoa, OMsignal, Provender, TransitApp, Breather and Crew. “We see high growth companies as one of the most viable vehicles of progress,” said JS Cournoyer, Partner at Real Ventures, “and we believe it is instrumental to expose more young Canadians to startup careers.”The program has been “designed to train and prepare the next generation of talent, intends to prepare these women and men for an entry into the high growth world of startups and in doing so embrace a more entrepreneurial route to success.”

We chatted with Real Ventures analyst Alexander Lynn, one of three people who will oversee the program, including FounderFuel general manager Ian Jeffrey and Real Ventures’ Stephanie Saheb.

Lynn calls the target of the program “an interesting problem, and we want to help solve it.” He said there’s a lot of great companies in Canada, and they all want great talent. The problem is, while programs like FounderFuel and Extreme Startups help cultivate whole teams once they’ve made the leap into a business, little is there to help cultivate individuals before they enter a startup.

“I think there’s a lot of people out there that are considering startup careers that think its interesting, but aren’t necessarily confident enough in their skills to make the leap,” Lynn told BetaKit. “This was designed to take these people in a short period of time and accelerate their abilities and push them in confidence towards startup careers in the future and hopefully having a great impact.”

For Lynn, startups in Canada have been “remarkable engines of progress,” and if we’re want to continue building out the economy, we’re going to want more startups. “And those depend on solid talent.”