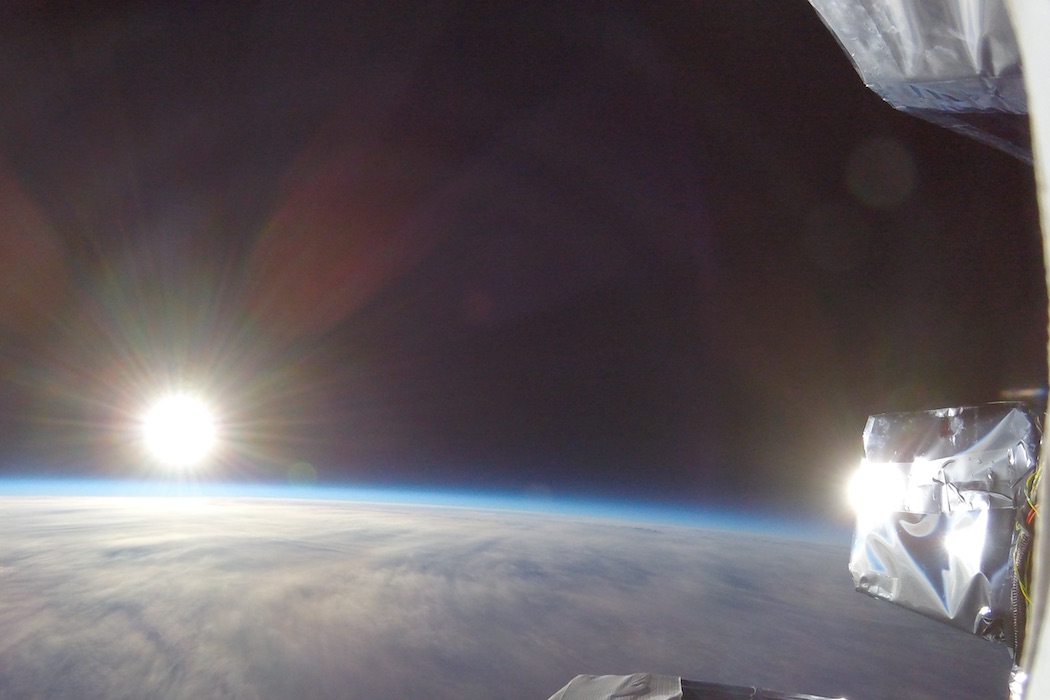 Last year, for the first time in human history, humans were sent into space in a vehicle not built or owned by a government. Just this month, competing tycoons Jeff Bezos and Richard Branson launched into space via craft built by their respective space exploration companies.

“The whole reason why this works is that we can develop the technology quickly.”

With the cost of a space launch lower than ever before, commercial and scientific interest in space is at an all-time high. Javier Romualdez, CEO of Cambridge, Ont.-based StarSpec Technologies, calls this “the new space regime,” and he wants to help tackle this industry’s next big barrier: accessing space quickly.

StarSpec aims to help companies, researchers, and technology developers access space faster by taking hardware and software that are readily available on Earth and making them “space-qualified.” Only into the second year of its existence, the startup has already landed a major contract with NASA.

Earlier this year, StarSpec was officially contracted to join a NASA-led project aimed to gather data on distant planets and potentially discover whether life is viable beyond the reaches of our solar system. The project, called NASA EXCITE (Exoplanet Climate Infrared Telescope), will launch a football field-sized balloon equipped with a high-precision telescope to measure the atmospheres of faraway planets. NASA plans to launch the telescope for its first science mission in 2024.

StarSpec traces its roots to two research groups at the University of Toronto. StarSpec’s CEO worked with a group of fellow Ph.D. students to launch a balloon-borne telescope in three years on an approximately $500,000 budget, which Romualdez called a “shoestring” in the space industry.

After Romualdez completed two additional post-doctoral degrees, he and his fellow students decided to bring their methods and technologies to market. StarSpec was officially incorporated in July 2020.

While companies like SpaceX have lowered the costs associated with space tech, Romualdez said the industry now needs technology solutions to be developed safely and quickly. This is where StarSpec comes in.

“Our secret sauce is being able to effectively use commercial off-the-shelf components … and make those available for space under a very quick and rapid time period,” Romualdez told BetaKit.

StarSpec takes commercial off-the-shelf components, such as computers, cameras, antennas, and batteries, and making them fit for use in space. The company’s resulting technology includes hardware such as star camera technology, electric power systems, and flight computers, and software such as interface technology and control systems.

To generate revenue, StarSpec aims to be a select technology provider for scientists, space agencies, and private companies looking to get to space quickly. Call it SaaS: space-capable as a service.

The startup is currently proving out both its tech and business model with the NASA EXCITE project. Using existing components, StarSpec has developed a suborbital research gondola, which will house, support, and control scientific instruments that will take measurements from exoplanets.

“From a technical perspective, [EXCITE is] a win, because we are effectively taking this highly stabilized platform for which we were the pioneering group, and applying it to awesome science,” Romualdez said.

StarSpec recently signed onto another NASA-affiliated project that will involve StarSpec’s research gondola. StarSpec is also working on a handful of smaller technology development projects, as well as other future contracts that are now at the conceptual stage. The company is also currently in talks with the Canadian Space Agency to potentially provide its gondola services.

Over the next two to five years, StarSpec is looking to continue growing its roster of projects and scale the team accordingly. Currently, the company has four employees, excluding its advisors. The CEO hopes the headcount will reach as high as 15 over the next two years.

“The whole reason why this works is that we can develop the technology quickly and keep up with the pace of commercial technology,” he said. “So we don’t have to have somebody that has 20 years of NASA experience launching satellites. We can bring new blood into the space industry.”

StarSpec has operated dilution-free so far but took some financial support from the University of Toronto’s UTEST Entrepreneurship program to cover the legal expenses associated with incorporating the company. The company’s current revenue comes from the contracts it wins, such as NASA EXCITE.

Romualdez is also exploring potential funding opportunities through partnerships with academic institutions and other government programs, such as the Industrial Research Assistance Program.

Romualdez said he imagines StarSpec will cap out the available contracts in the suborbital market in the next two years, at which point the company will repurpose its suborbital technologies for low-orbit satellites. The startup has already developed concepts for these satellites in preparation for that transition.

StarSpec is also exploring providing technology for Earth imaging, satellite-based communications, and even space-based banking. Romualdez considers companies like Blue Origin and SpaceX to be StarSpec’s potential future partners. As an example, he said StarSpec could provide the satellite bus and standard interface technology for a future SpaceX launch.

“There’s a lot of money going into these applications, and underlying all of that is the idea that the technology … the infrastructure, and the pipeline, is available,” Romualdez said. “That’s largely not true, and StarSpec wants to fill that gap.”