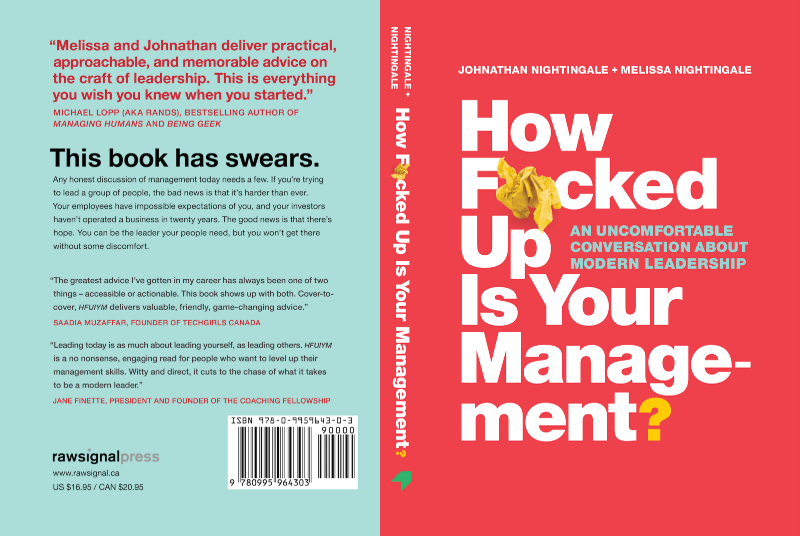 The founders of Toronto-based Raw Signal Group — a consulting firm for Toronto tech companies looking to scale sustainably — have officially opened up preorders for their book tackling modern leadership.

In a Medium post this published this morning, Melissa and Johnathan Nightingale announced the inception of the book, How Fucked Up is Your Management.

The team had the idea to launch their online management series, The Co-Pour, as a book back in January. Since then, they’ve been working on the writing and editing process with feedback from early supporters.

The book will include issues like doubling in size but not doubling output, cultural traps like meritocracy, and managing up employees.

BetaKit has been syndicating The Co-Pour since October 2016, touching on every aspect of the management process from meetings and giving feedback, all the way to the importance of diversity and building a healthy team.

The book officially launches on October 3. Preorder your copy here.

This is the Periodic Table Of Tech In Canada

Canadian startups have seen a spike in activity over the past few years. Notably, Shopify, Kik, Hootesuite, BubildDirect and Frank & Oak all leading…