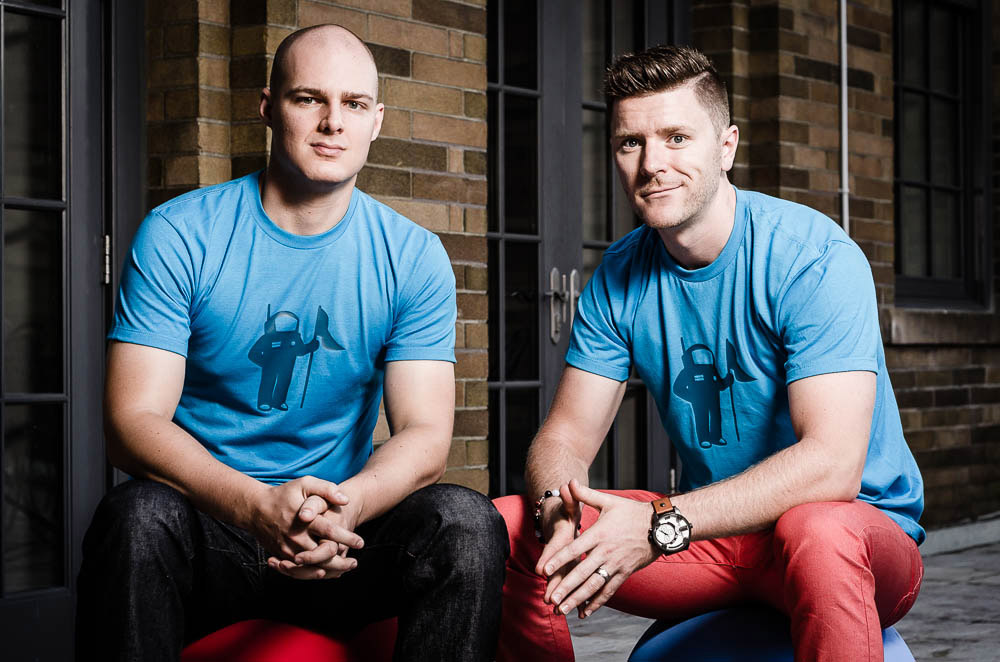 Toronto-based startup Raise Your Flag walked away with $10,000 in seed money and BizSpark mentorship after an impassioned presentation at Microsoft’s Your Big Idea entrepreneurship workshop this past Sunday. Part of Microsoft’s weekend-long Surface Cafe pop-up promotion for the recently released Surface Pro 3 tablet, the Your Big Idea workshop provided 9 different startup groups access to a panel of successful Canadian entrepreneurs – including new Dragon’s Den Dragon Michael Wekerle, and Diana Olsen, founder of Balzac’s coffee – and an opportunity to pitch 5-slide presentations.

The presentations at the Your Big Idea event were perhaps more impressive than the panelist of judges, with the vast major of pitches geared towards innovative solutions to tangible problems and generally devoid of trendy fluff (i.e., no chat apps). Genius Inspirata Evolorum, a sort of 3D printing accelerator to help bring ideas to rapid prototype and production, and Social Travel, a competitive travel booking marketplace for NGOs, were particularly notable for their considered approach.

“If we don’t do something about this, it will get much, much worse and I think people realize that.”

But in the end, it was the stunning presentation by Raise Your Flag co-Founder Ryan Porter that carried the day with the panelists. Raise Your Flag offers a web portal designed for the 45% of high school students that don’t go to university or college, presenting them with career pathways and opportunities for skill development so they are not shut out of the 21st century economy. In a recent interview with BetaKit, Porter said that “the status quo seems to be, ‘go to university, or I guess you could be Bill Gates or Steve Jobs.’ But no one is talking about the ‘middle everybody’ that literally makes the world go around! We to be on the side of young people and we want to say you don’t need to do that if the career doesn’t require you to have it.”

The theme of youth enablement resonated throughout the Your Big Idea pitches, of which nearly half were dedicated to solving problems of youth education or employment. After the event, I asked Porter if this was in any way a coincidence. “I don’t think so,” he said. “We all read the papers, we all have friends and relatives who are going through those transitions right now, it’s pretty clear that something has to change.”

“The average millennial employee tenure is two years, youth unemployment is double the national rate, companies struggle to connect to these young people and young people struggle to make meaningful connections with these companies. If we don’t do something about this, it will get much, much worse and I think people realize that. As a result, they are willing to put some real effort into solving the problem.”

Jason Goodman of tailoredUX, who pitched an essay writing framework for students called The Writing Project, agreed that a modern economy requires a modern infrastructure to onboard young talent. “There are very tangible gaps between the education one gets at an academic institution and the opportunities that degree affords your in the workforce today,” he said. “Technological innovation has both broadened that gap and helped to fill it at the same time through awesome startups with new paradigms of thinking about all this stuff.”

“We’re one of those startups who are asking ourselves questions like ‘if we were to scrap the entire system and design the perfect school today – what would it look like?’”

The embedded mindsets and institutions Goodman and Porter are seeking to disrupt will not be changed quickly or easily, but it’s encouraging to see a generation of Canadian startups rising to meet the challenge.

With more than a handful of existing Craigslist apps available in the App Store, and Craigslist known for not being overly cooperative when it…