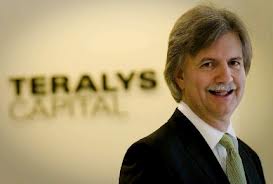 It appears as though Quebec is about to follow in Ontario’s footsteps, as it pertains to a provincially and federally-funded venture capital “fund-of-funds”.

Kudos to PEHub’s Kirk Falconer for digging up a bit of hidden news from Quebec’s recently released 2014-15 budget, presented on June 4.

The Québec government announced that it intends to participate in a “new venture capital fund” with the private sector and the federal government. “If you dig deep into the budget plan documents, considerably more details about this initiative are revealed,” wrote PeHub. “What the government is proposing is a $375 million Québec VC fund-of-funds vehicle, to which it will commit $50 million.”

That would essentially be Quebec’s version of the “NorthLeaf Venture Catalyst Fund of Funds,” announced in late January by both Minister of state for the federal economic development agency for southern Ontario Gary Goodyear and Ontario Premier Kathleen Wynne. That fund had a first close at the time of announcement of $218 million, with $145 million coming from the private sector and $36.3 million is from each of the governments of Canada and Ontario. The expected goal is a $300 million venture capital fund for startups and mature companies to be ready by Fall.

Quebec said it wants to work with the Caisse de dépôt et placement du Québec, Fonds de solidarité des travailleurs du Québec FTQ and other private partners to come up with additional money, leveraging $2 of private investment for each dollar of investment by the Québec government.

The budget suggests that Quebec will collaborate with Ottawa to include a new fund of funds in the federal Venture Capital Action Plan (VCAP). Launched in early 2013, VCAP has earmarked $350 million for capitalizing first-time Canadian VC funds of funds or recapitalizing existing funds of funds in partnership with willing provinces.

Falconer was right to suggest that the “broad outline of the Québec fund-of-funds proposal sounds a lot like the Northleaf Venture Catalyst Fund.”