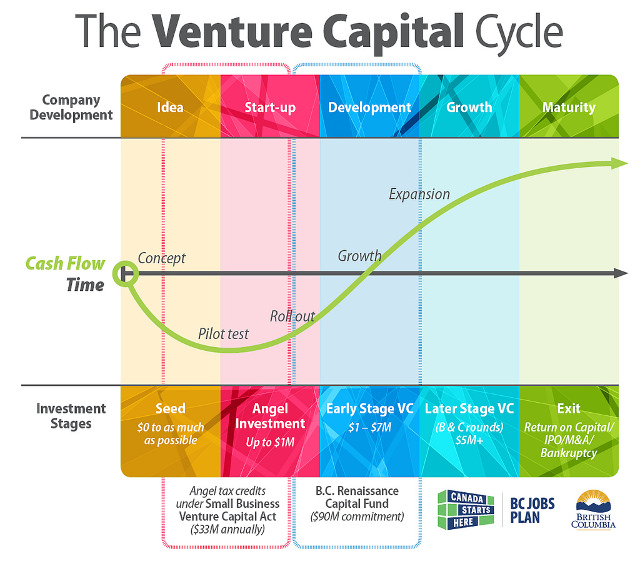 The province of British Columbia is creating a $100-million venture capital fund dedicated to providing funding for tech companies in the province.

The BC Tech Fund is part of the BC Government’s multi-year #BCTECH Strategy meant to encourage growth and job creation in the tech sector. In BC, the technology sector directly employs more than 86,000 people, and wages for those jobs are 60 percent higher than B.C.’s industrial average.

“BC’s technology sector is consistently growing faster than the overall economy making this the perfect time to catch the wave and help smaller companies join in the ranks of economy builders,” said BC premier Christy Clark. “With this fund we’re creating a stronger foundation for BC’s technology sector, which is a major employer in communities across the province, to shine on the global stage while creating well-paying jobs back at home for British Columbians.”

The BC Tech Fund promises tech companies in the province an avenue for capital funding, and is part of three pillars in the #BCTECH Strategy (which includes continued support for BC’s tax system and research environment). The remaining two pillars, talent and markets, are dedicated to developing and attracting top talent, and other actions to make it easier to access new markets.

“B.C. is already home to an amazing technology sector, and today’s announcement provides needed support for business development and growth,” said Bill Tam, president and CEO of the BC Technology Industry Association. “The government’s venture capital investment is a great start in terms of helping companies expand, and will solidify what many already know: BC is the best place to grow a tech company.”

The BC Tech Fund will be fully launched in January 2016, with the complete #BCTECH Strategy announced the same month at the #BCTECH Summit, Jan. 18-19, 2016.

Is Canada Experiencing A Renaissance for Hardware Startups?

Following the aftermath of BlackBerry’s agreement to a tentative offer from FairFax Financial Holdings (and the inevitable chorus of told-ya-so’s from Canadian media outlets),…