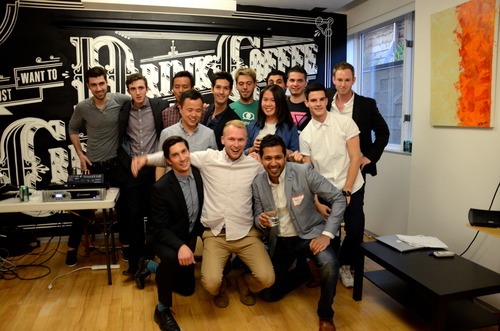 The companies were as follows:

Hotsauce – Founded by Tehsin Bhayani, HotSauce solves #foodieproblems by helping you choose the best dish for you from the menu.

Wisewords – Founded by Dawson Whitfield, Wisewords is a platform that connects students with the people doing their dream job for 1-to-1 advice.

IPPINKA – Founded by Jerry Chang, IPPINKA curates distinctive products from around the world for people who truly appreciate design.

Wutzwhat – Cofounded by Aaron Tench and Emery Bishop, Wutzwhat is an urban curation app that helps you get the most out of big city life.

The format was a “refreshing shift from the more traditional Powerpoint-driven pitches you might normally see,” according to Project: SPACES. “Pitches are for boardrooms,” said Howard. “Instead we really wanted to showcase the passion of these founders, and I think we did that.”

The format allowed each founder to present their creation in their own way. Some used videos or music, while others focused on their “origin story” or a live product demo.

The event was sponsored by Rolling Rock, Uber and Now Creative Group.