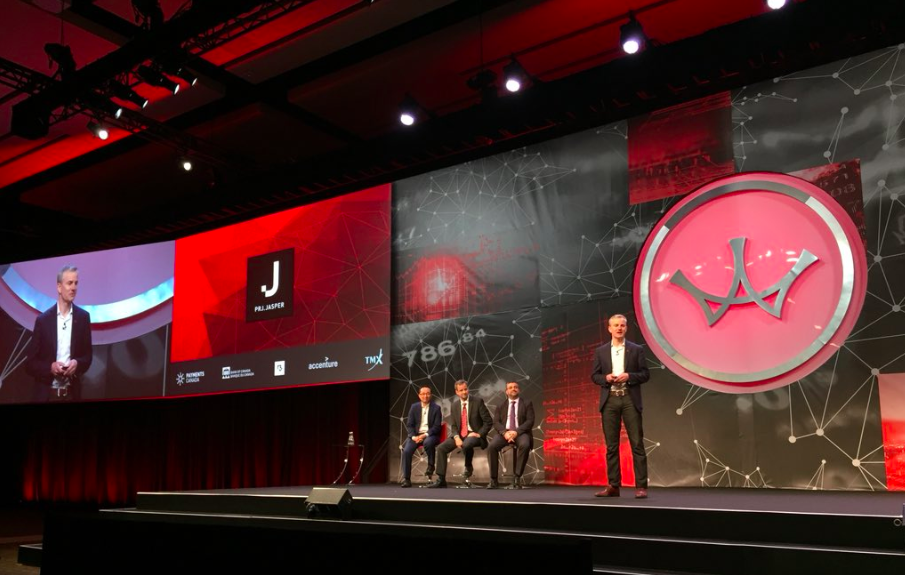 Project Jasper, which is a collaboration between Payments Canada, the Bank of Canada, TMX Group, and Accenture, launched in 2015 with the goal of understanding how DLT can change the future of payments in Canada by developing a wholesale payment system built on DLT. The project has gone through three experimental phases to date, and its Phase III findings were presented at the Payments Canada SUMMIT last week.

“We continue to see how the application of distributed ledger technology can help extend the vision of payments innovation in Canada and potentially, one day, help promote financial market integration, both nationally and internationally.”
– Gerry Gaetz

Phase III of Project Jasper, which launched in March 2016, explored the impact and potential benefits of DLT on the broader Canadian financial market infrastructure. The organizations behind Project Jasper said they have developed an integrated securities and payment settlement platform using DLT, which shows that cash and assets can be tokenized to complete instantaneous settlements.

“This proof of concept shows that it is possible to deliver payments in a way that has never been done before, by directly swapping cash from buyers to sellers, resulting in instant settlements,” said Gerry Gaetz, president and CEO of Payments Canada. “We continue to see how the application of distributed ledger technology can help extend the vision of payments innovation in Canada and potentially, one day, help promote financial market integration, both nationally and internationally.”

Phase I of Project Jasper used an Ethereum platform for building a DLT prototype and proof-of-concept system to investigate the use of digital receipts issued by the central bank, instead of cash to support the settlement of payments. Phase II built a DLT prototype using R3’s open source distributed ledger platform, Corda, to explore how DLT could change the way centralized systems are structured and operated.

Project Jasper’s organizers said Phase III is currently the only proof of concept that maintains privacy for market participants and their transactions by giving only the parties involved in a specific transaction on a ledger the ability to view transaction history.

“Maintaining privacy, as well integrating other assets onto the same ledger as payments, would provide important benefits for the financial system from the use of a DLT-based wholesale payment system,” said Carolyn A. Wilkins, senior deputy governor at the Bank of Canada. “Indeed, a key lesson from prior phases of Jasper was that the benefits of a DLT-based wholesale payment system likely lie in its interaction with the broader FMI ecosystem. Such benefits would come from reaping economies of scope and reducing costs to participants.”