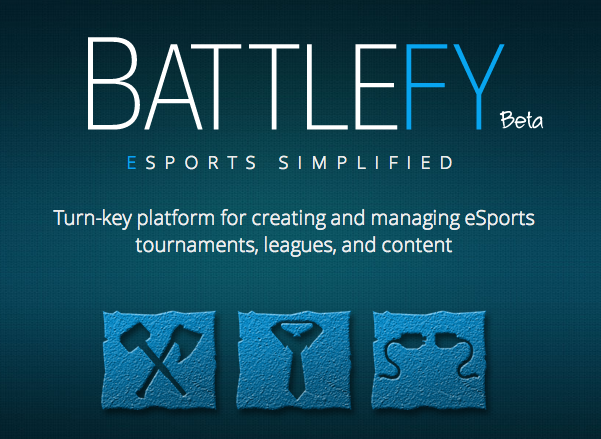 Battlefy is a graduate of the Amplify LA accelerator, and focuses on the professional gaming space. it gives organizers of eSports tournaments and leagues a “complete solution” for managing video game competitions, has already powered 600+ virtual events to date, involving over 1.5 million players and viewers.

The company explained in a release the “The League of Legends Season 3 World Championships” recently “proved that professional video gaming and the gamers who wow live crowds are cultural fixations” just like traditional sports. The event sold out LA’s Staples Center in under an hour and attracted over 32 million live viewers online. For perspective, the NBA Finals attracted 18 million live viewers on ABC.

“I believe that eSports is the next big entertainment and marketing investment thesis,” said Riot Games’ Jarl Mohn. “When Riot Games can sell out Staples Center in 20 minutes so people can watch video gamers compete something massive is happening. Battlefy is one of the few companies perfectly positioned to help make this happen and be a huge part of the success.”

Battlefy CEO Jason Xu said eSports thrives from the same elements of competition, fan fanaticism, and economics as traditional sports. “Because participation and spectatorship is virtual, it presents an unprecedented opportunity for global scale, and Battlefy is best poised to deliver the backbone,” he said.

Battlefy provides virtual courts that eSports organizers can customize and scale to their needs through a platform that claims it takes care of 90 percent of the technology requirements for eSports organizers. They said this reduces administration cost by up to 80 percent. Online eSports competitions can scale economically beyond 1000 teams per event.