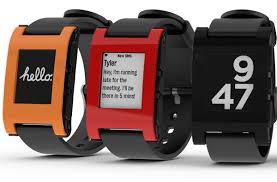 Canadian Eric Migicovsky’s Pebble Smartwatch, which earned $10.3 million from its 2012 Kickstarter campaign, has been named the second most wanted wearable item by a UK-based tech blog.

Wearable interviewed 44 “tech experts” who named their most wanted wearable items. Google Glass came in as the most wanted product, with the Canadian-born (but San Francisco-headquartered) Pebble watch coming in at second place.

It features a black and white e-paper display, a vibrating motor, a magnetometer, ambient light sensors and an accelerometer, enabling its use as an activity tracker. While Migicovsky began developing the technology at the University of Waterloo, its been noted that the founder places a large emphasis on both raising money and starting a company in Silicon Valley. Soon after he went through the VeloCity incubator at the University of Waterloo, he joined San Francisco’s Y Combinator, eventually founding the company in California.

The experts were asked “if you could own only three pieces of current wearable tech, what would they be?”