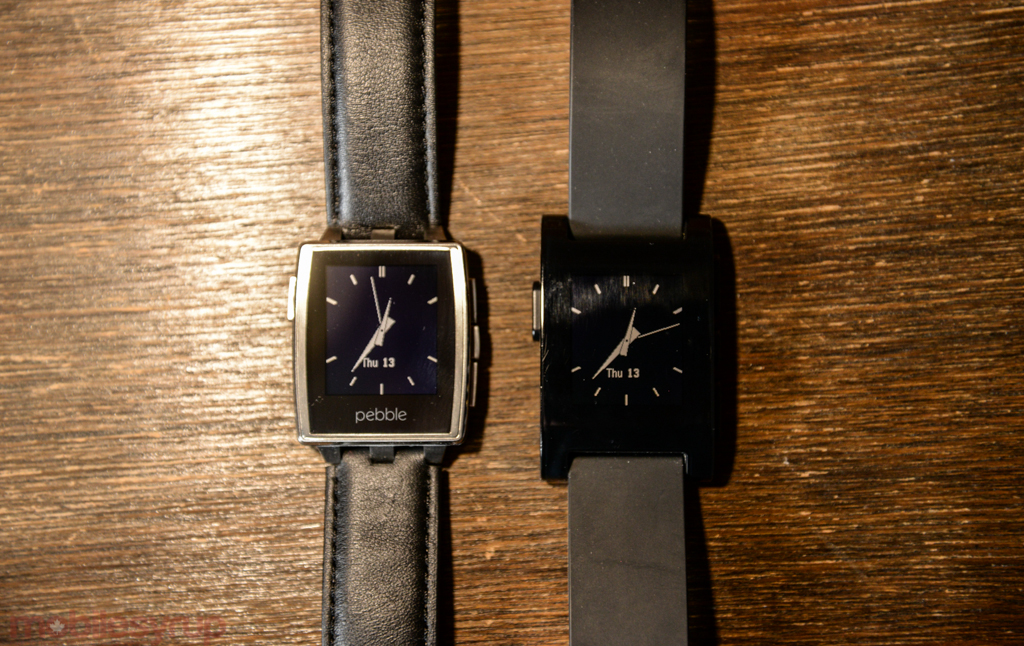 Pebble’s long replacement cycle has been unlike anything we’ve seen in the wearables space thus far. First announced in early 2012, the clunky plastic smartwatch eventually hit the market in early 2013 to tepid acclaim. Lots of early adopters saw the potential, but with poor notification support on Android and iOS, it was left to the company’s engineers to create functionality from hardware.

“It doesn’t look like anything on your smartphone,” Migicovsky said.

A year later, at CES 2014, Pebble announced Steel, a metal variant of its existing smartwatch. It wasn’t a drastic refurbishment, and contained the same internal hardware, but it cleaned up the more cartoony aspects of the original and made it more boardroom-friendly.

The company also overhauled its software around that time, releasing an app store and opening the floodgates for brand partnerships. While thousands of developers have since come on board, the total number of usable apps is a few thousand, held back by the simple nature of the e-paper display and low-power SoC.

This morning, Pebble’s CEO, Eric Migicovsky, told The Verge that it is working on new hardware for the platform, and that the software would not look anything like Pebble’s current interaction model. After selling one million smartwatches, double the last time we heard the numbers, Pebble is moving away from the app model. “It doesn’t look like anything on your smartphone,” Migicovsky said.

It’s not clear when the company will announce the new hardware, but the team has grown to 100 members and the company is not short on money. It raised a $15 million Series A in May, 2013, so it wouldn’t surprise me to see another funding round shortly.