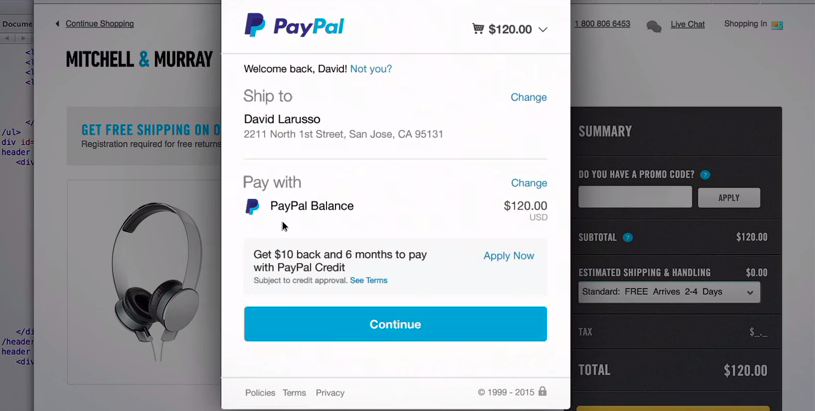 PayPal recently brought users additional security by updating its iOS app with Touch ID support. Today, the payments company has continued down the path of offering Canadians ease of use by launching its One Touch Web checkout service.

One Touch allows Canadians to easily checkout and buy online without having to continually enter login and password credentials. This feature is available “across an initial set of PayPal merchants” and works on desktop, tablet and mobile phones.

Alexander Peh, head of market development and mobile at PayPal Canada, stated in an email to us that, “With One Touch, they [users] can now checkout with PayPal in a single touch. It’s the biggest change to online shopping in over a decade, and will fundamentally change how Canadians expect to checkout.”

One Touch went live in the United States last month and merchants such as Airbnb and StubHub reported increased sales becuase it reduces the “friction from the shopping experience.” Some of the Canadian retailers to embrace One Touch on their ecommerce site are thebay.com, Roots Canada, Indigo and Henry’s.

As BetaKit expands its coverage in 2016, we’ll delve not only into more startup verticals, but the specific trials and tribulations that employees across…