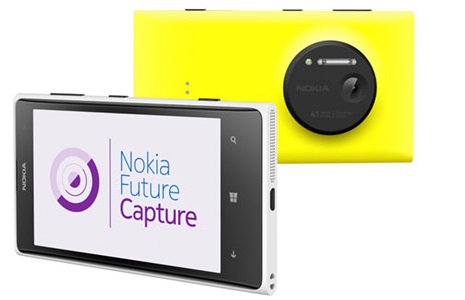 First-time hackathon attendees Rudi Chen and Shida Li won the 27-hour hackathon focused around the Nokia Lumia 1020, released in July with a 41-megapixel sensor. There, attendees were encouraged to transform ideas into Window’s Phone apps.

Chen and Li developed a “content aware down-sampling” smart resizing app. It allows users to edit or remove empty space between more important parts of a photo while maintaining the rest of the image.

Along with initially being selected to come to Sweden on an al-expenses paid trip, Chen and Li have won the phone itself and a trip with VIP treatment to an upcoming Nokia event, where the winning app will be featured. The winning app will be promoted via several online Nokia channels, as well as on the Windows Phone Store.

Before the Hackathon, Chen spoke to the Nokia blog about the app he would eventually build in Lund. “The idea we’re going to implement…is based on a pretty neat technique that I’ve wanted to implement for a while now,” wrote Chen. “This competition happens to be the perfect occasion to do so – so there’s no way I’d miss that opportunity!”

Obviously the judges at the competition thought highly of the resizing app as well, and as a result Chen and Li will be able to enjoy and nice trip to a Nokia event. Nokia’s Sami Pippuri oversaw the competition. “All of these teams truly raised the bar when it comes to the power of imaging apps for use with Nokia Lumia camera phones,” he said.

Chen has organized his own developer’s event before, when he put on a local Microsoft Wowzapp 2012 hackathon. Wowzapp is a global hackathon for windows. The Nokia Imaging Hackathon, however, was his first one as a developer. The impressive computer science student has also published the Fractal Photographer, an easy to use app that allows users to explore and create stunning fractal images.

In an interview with Nokia’s blog, Chen said that Li is a Software Engineering student, and has published on both Window’s Phone and Android. He actually wrote the “Orebfuscator plugin” for Minecraft, which serves a large number of users for the popular console-based building game.

In July over 1,000 developers submitted ideas to the Nokia Imaging Hackathon and just 10 teams were able to travel to Lund. By the end of the Hackathon, all 10 teams turned in working demos of their new Windows Phone apps.

As more people look to disrupt the FinTech sector in Canada, it may be useful for them to learn from the successes and failures…