As a serial startup entrepreneur who gets to rub shoulders with other CEOS on the Vancouver scene, I can’t help but notice that some of the problems we’ve had in sourcing talent are self-imposed, thanks to unrealistic expectations – particularly on the marketing front.

I’ve crunched together this hypothetical job posting which seems to represent a lot of what I see out there:

Job qualifications: Must know SEO, PPC, and must be comfortable making up to 50 cold calls per day.

This job is quota carrying with potential upside in compensation for high performers. Position requires a technically proficient individual who will also be heading up product development and will need to lead all development efforts. Salary: $40k per year.

If you’re running a startup and expanding your team, you probably have a dream wish list of who you’re looking for. Handsome, funny, agile with the latest stacks, creative, natural leaders – they do backflips too. Like many, you’re seeking the purple squirrel. Heard the term?

The purple squirrel is a term coined in 2012 by Michael Junge, a Google recruiter. It’s what recruiters call the mystical job candidate that handles all tasks listed in a job description with no training. You’re trying to hire someone doing almost the exact same thing, with qualifications and experience under their belt. The problem is that if a person has all that, they probably already have a job doing it elsewhere.

Most likely, you’ll find a junior candidate with great potential whose resume has been shredded upon receipt. Your sights are set on the purple squirrel; junior talent, be damned.

Purple squirrels exist, but they are next to impossible to find and for a startup, impossible to attract. Especially in a city like Vancouver, which looks longingly at the lush pockets of Silicon Valley and Seattle, while our brightest and best get headhunted and stolen away. We can’t pay to attract these squirrels – we simply don’t have the play money. But every roadblock has its silver lining.

Vancouver has great infrastructure to design and nurture startups. The right strategy for recruitment is a huge pain point – people want the best, but can’t afford the salaries other cities can offer.

Solution? Design your own purple squirrel. Hire young, ambitious talent and balance them with a seasoned captain or two to steer the boat. Look for trainability, an aptitude to learn quickly, and contract high-level work to set foundations. Use hacks to fill in the gaps. Here’s how to do it.

A ship can’t set sail without a captain, and neither can your startup. The captain will be a senior leader – they know how the pieces work together and are an expert delegator. Before leaving port, they make sure to hire enough deck hands, that the ship is seaworthy and has enough lifeboats for all of the passengers. While they know that the engines drive the ship forward, they don’t put on overalls and do engine work – that’s what his engineers are for.

In a startup, having a captain in charge of marketing who knows the tactics but doesn’t necessarily know how to execute the minutia isn’t necessarily bad. For example, I understand the mechanics of running paid advertising, but I couldn’t run a Facebook ads campaign to save my life.

The key here is having someone who knows how to set direction but empowers a team to actually execute his vision.

One caveat: If you hire the wrong captain they’ll ignore the warning about icebergs and bad things will happen.

You’ll probably need to pay them a bit more than you expect, but a talented executive can take your company to the next level.

Use contractors for specialized work

You and your team probably can’t afford to do every small, specialized task yourselves. There are a lot of specialized technical and even creative tasks that can and should be done by outside vendors.

You marketing manager may be creatively gifted, but struggles on the technical implementation side. Bringing in outside marketing tech smarts would allow your team to leverage what they have, and outsource what they don’t without the hassle of trying to find a purple squirrel.

That job ad will collect dust for months, or you’ll hire someone who’s half the squirrel you want, and instead of supporting them by hiring a senior contractor you get frustrated with their knowledge gaps. Not good.

Automate as much as possible

The next question to ask: Can this be done by a robot?

Outsourcing is great, but automation is even better. One of the easiest things to automate is user onboarding; why do this by hand when you can have a series of emails do the same work? Isn’t your time better spent figuring out what content to put into those emails instead of manually reaching out to each contact?

And what about other things that can be semi-automated? What if your sales team can create proposals in 15 minutes instead of hammering it out in 12 hours? Automation can work wonders for a cash-strapped startup.

Take another look at those who have failed fast. Maybe they can succeed with you

Imagine you are staring at two resumes. One is a senior marketer, who’s worked for a Fortune 500, with a Linkedin profile that boasts they increased their division’s sales by $10 million and are the best thing since sliced bread.

The other resume is from a college graduate who went to community college, worked in retail for a while and had a junior role at a startup – and it failed.

What are you going to do? Oh, that’s a no-brainer – candidate one is the obvious winner. They’ve worked at a great company and appear to match the skillset, the references check out and they seem like a good hire.

You’re about to sign on the dotted line. Stop!

There is something to be said for experience, but it has to be the right kind of experience. Sometimes the biggest risk you can take, is not taking a risk on someone who could be an all-star.

The other candidate, while not having a perfect record, may actually have been through hell and lived to tell the tale. They may have grown up in a poor family and not been able to afford to go to an Ivy League school. They didn’t have an unpaid internship at that major brand because they couldn’t afford the loss of income. That startup they worked for was started by someone that left a big company and had their own play money. This CEO ran his business into the ground, doing minimal market research and being too proud to ask for guidance. The candidate joined a sinking ship and could, at best, reshuffle the deck chairs on the Titanic.

In the world of startups, this is the experience you will face. Despite how much the media loves to celebrate the overnight success, it’s often a hellish experience. Can your smooth talking, all-star first candidate handle the struggle and grind of startup life? You’ve heard the stat – 95 percent of startups fail. Where will that leave all the candidates that poured sweat and blood into them? This world is not glamorous, and with little experience in other businesses, startups can be toxic for fresh graduates.

Hiring the second candidate isn’t without its problems, but hiring someone with the guts to handle the risks and high pressure is essential.

Foster junior talent, one of your greatest assets

Junior talent may not tick all the boxes. They may do something better: bring ideas and tactics in that were not even considered.

Note that If you train them well, they’ll become the purple squirrel your competitors will covet, so treat them like gold.

If you invest in someone early, they’ll return that to you tenfold. Loyalty is a two-way street – you bring them on, they’ll stick it out with you in the hard times. But be realistic: hiring a fresh graduate and handing them too much responsibility is unfair. Getting them in a tactical role with reasonably clear parameters and letting the job role expand is the name of the game.  They may be great at digital marketing, for example, but they may not be ready to create a strategic marketing plan – until they’ve had some training.

Micromanagement isn’t usually a big problem for most startups – most people are too busy to look over each others’ shoulders. The biggest sin is abdicating tasks on employees – asking them to “figure it out” or giving no direction at all. The assumption that many founders make is that employees have as clear a vision of the business as they do, and each employee’s responsibilities are self-apparent.

Hiring a junior employee has its challenges, but being able to mold them and take advantage of the unique skillsets they bring can take your startup to the next level. 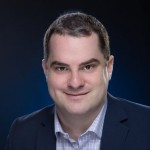 Andrew Seipp is the principal consultant for SellClarity, a consultancy that helps companies use technology to accelerate and scale sales. He also likes to rant about startups from time to time.

Tauria, a software encryption startup based in Kitchener-Waterloo, has launched a secure video conferencing tool and business suite. The new offering is aimed to…