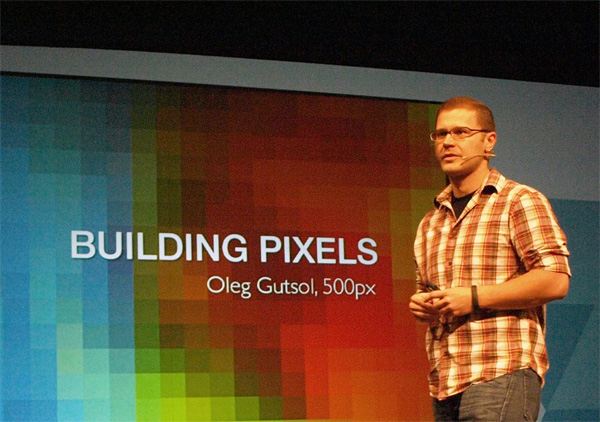 Popular web photo sharing service 500px launched in 2009 by Oleg Gutsol and Evgeny Tchebotarev, but the idea was actually formalized and housed in 2003 in part with LiveJournal. Today, 500px is used by over 4 million photographers and has over 50 million images within its site.

“[Hiring Yang] was a mistake. I understood it when there was still time to rectify it but didn’t do anything.”

Backed with $9.3 Million in funding, 500px brought on a few “tech heavy hitters” last year to grow its business. Andy Yang, formerly the managing director of Extreme Startups, joined as COO, and former co-founder of iStock Photo, Patrick Lor, signed on as a board member.

At the time, Gutsol said that “big ideas demand big thinkers… We’ve assembled a team of bright, innovative leaders who will help us push the boundaries of 500px as we work to achieve our goal of being the best photographer-centred platform in the world.”

However, within weeks of adding the new hires, Gutsol was ousted from his role at the company. Now, a year later, Gutsol has resurfaced with some wise words and a new plan.

Speaking with The Next Web while at the TNW Conference Europe in Amsterdam, Gutsol stated that launching 500px was not easy and raising money in Canada was even harder. “Evgeny had some money, and we spent it all,” said Gutsol. “Then I had money, and we spent that as well. We drained our credit cards. I remember realizing somewhere in 2011 that my net worth was about 300 bucks.”

Not only was raising funds a challenge, so was hiring the right people. “The most driven and energetic founders I’ve met in Canada are actually immigrants,” Gutsol says. “My approach is also very different from typical Canadian. They’re all very friendly, very nice, very relaxed, so when I started to tighten the screws, many people were shocked.”

As for his departure, Gutsol says that “[Hiring Yang] was a mistake. I understood it when there was still time to rectify it but didn’t do anything. When you’re growing rapidly, the stress level piles up and you begin skipping things. I brought him to a few meetings but then he started to talk to the board members behind my back. I was literally waiting for the next board meeting to fire him, but he was quicker in persuading the board to fire me.”

Gutsol is currently working on a new project with his girlfriend but did not state what it is. However, it will be launched soon and arrive first in Canada.

This post has been updated to clarify the source of Gutsol’s above statements.

Toronto-based Ritual has raised $53 million CAD ($43.5 milion USD) in a Series B round led by Insight Venture Partners, according to The Wall…